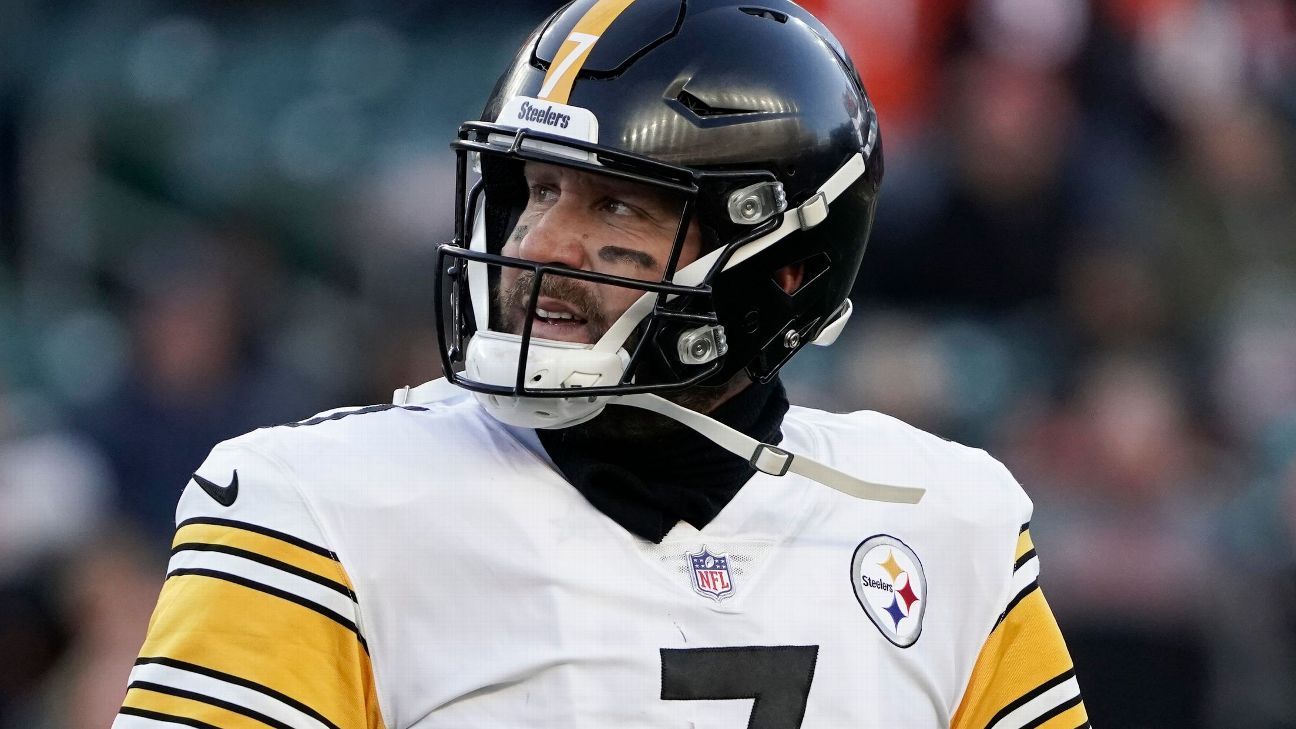 CINCINNATI -- Down three scores with 30 seconds until halftime, Ben Roethlisberger and the Pittsburgh Steelers offense tried to capitalize on Minkah Fitzpatrick's interception of quarterback Joe Burrow a play earlier.

Roethlisberger targeted James Washington on an out route, but Cincinnati Bengals veteran -- and former Pittsburgh defensive back -- Mike Hilton cut inside, picked off his former quarterback and ran it back 24 yards for a touchdown and an exclamation point in the eventual 41-10 Steelers loss.

It was a microcosm of what's becoming clear more than halfway through the season. Once the untouchable kings of the AFC North, the Steelers (5-5-1) have been all but dethroned as their flaws become further exposed every week.

"It's a big changing of the guard, in our opinion," Hilton said. "It's giving us a lot of confidence and guys are excited to see how the rest of the season plays out."

As the Bengals ran into their locker room immediately after the win, one player who had disappeared beneath the entrance yelled, "It's our f-----g division."

On the other side of the stadium, the mood was somber.

With his head hanging and his voice low, pass rusher T.J. Watt expressed frustration with himself and the defense for not stopping the Bengals ground attack. Running back Joe Mixon set a new career high with 165 rushing yards before the fourth quarter even started.

"It wasn't something any of us are proud of," Watt said. "You never want to have that feeling coming out of a game. We put it on tape and now we have to own it, move forward and know that everybody sees what just happened today and what we can expect moving forward. We have to stop this before it continues to unravel and become a bigger issue than what it already is.

"We can't keep playing like this. It's absolutely embarrassing."

"It's alarming, it is," coach Mike Tomlin said of his defense giving up so many points. "We're not trying to play it cool by any stretch. We don't play football like that, but we have been our last couple of weeks, so some adjustments need to be made."

Sunday's loss comes on the heels of a near fourth-quarter comeback against the L.A. Chargers, but in each game, the Steelers couldn't control the line of scrimmage. Since holding the Cleveland Browns vaunted ground attack to 96 yards, the Steelers have given up 722 rushing yards in four games.

"We're trying to solve it and clearly we're not doing a good enough job," Watt said. "We have to go back to the film and everyone has to look at the film and watch themselves critically and figure out how to stop this thing because it's continuous."

Defensive captain Cam Heyward, a 10-year veteran, said it was the worst defense he's seen since he was drafted by the team in 2011.

"I don't know, I'm probably going to say yes," he said. "I don't look at the past. All I can do is worry about the present. "There's a lot of football to be played, but if we do what we did out there today, we won't win another damn game."

While the Steelers couldn't stop the Bengals' run game, they also couldn't get their own going with just 51 yards on 15 attempts. Running back Najee Harris was held to 23 yards on eight carries, his worst output of the season.

"They won that game mano-e-mano component of play too much," Tomlin said.

The Steelers are still above .500, but with the loss, they're at the bottom of the AFC North standings and in danger of slipping farther out of the playoff picture with games against the Ravens, Minnesota Vikings, Tennessee Titans and Kansas City Chiefs on the horizon.

"It's tough because you're getting into crunch time," Roethlisberger said after the loss. "Division opponent. And you want to come out and play good football and you don't. It stinks, but you have to move on because we've got another one next week. "... I don't know what happened today, but the AFC seems open. Obviously, we didn't do ourselves any favors, but there's still six left. How can we bounce back?

More in this category: « Follow live: Packers take on Rams Portis gets 6 months in prison for fraud scheme »
back to top