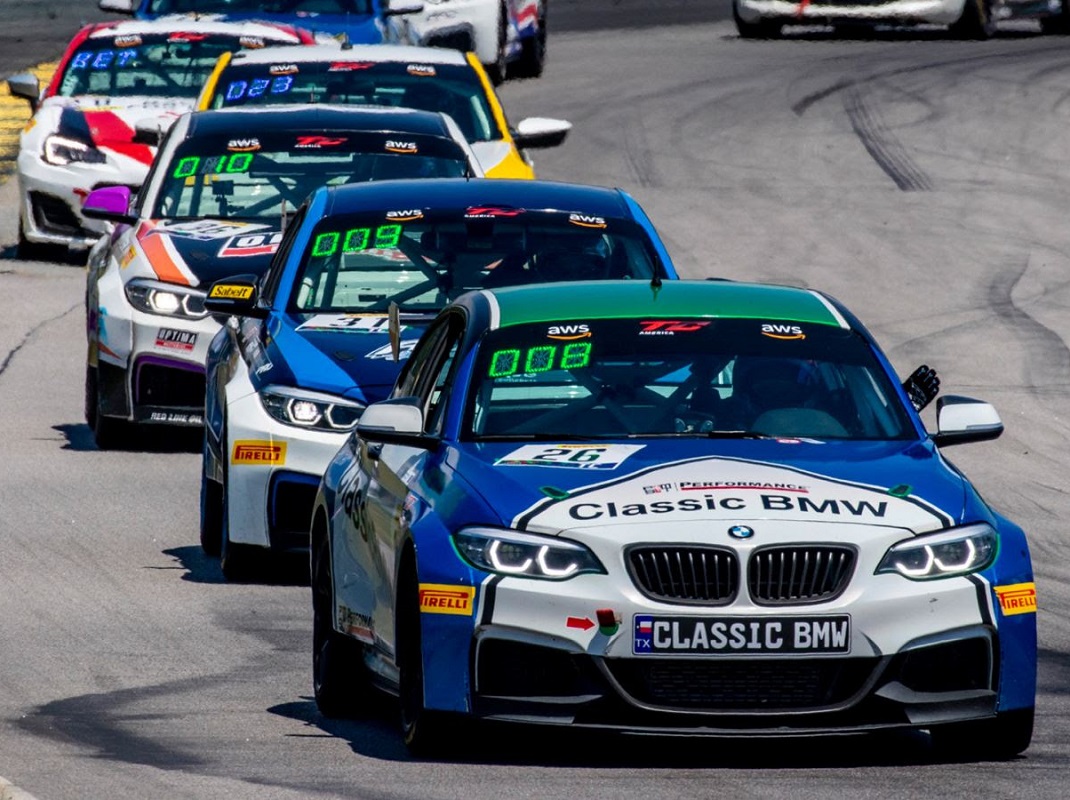 ALTON, Va. – Tyler Maxson won Sunday’s TC America race at Virginia Int’l Raceway, extending his perfect start to the season in the TCR class to five races in a row.

Under sunny skies, Maxson and the No. 74 Copeland Motorsports Hyundai Veloster N led the field to the green flag for TC America race three at VIR. Maxson quickly gapped the field and never looked back, sweeping the weekend and going five for five to start the year.

“This is an awesome achievement for the team, exactly how you’d want the season to go.  The Copeland team has been great and we’re excited!” said Maxson.

The TC division saw race one and two winner Johan Schwartz and the No. 31 Hard Motorsport BMW M240iR Cup jump from third on the grid to take the lead at turn one, with Toby Grahovec and and James Clay slotting into second and third respectively.

TCA saw Roy Fulmer IV and the No. 186 CCR team TFB Honda Civic Si pass the No. 61 MINI JCW Team Mini Cooper of Mark Pombo at the start for second position, with Tyler Gonzalez and the No. 57 Copeland Motorsports Hyundai Veloster Turbo impressively slotting into fourth after starting last.

Later in the lap, Pombo ran wide just before Oak Tree, allowing Gonzalez to get by for third in class.

On the next lap, Gonzalez would sneak past Fulmer IV and grab second position, just behind class leader Tomas Mejia in the No. 60 MINI JCW Team Mini Cooper.

Minutes later, it was Pombo’s turn to attack and get past Fulmer IV for third position, and from there he started tracking down Gonzalez.

With 20 minutes to go, and as the TCR leaders worked through the TCA field, Gonzalez was able to catch then pass Mejia for the TCA lead down the back stretch.

With 18 minutes to go, as the TC leaders went through traffic, Grahovec was able to take advantage and make a daring pass on Schwartz for the class lead on the outside of Snake.

The top three in TC ran nose to tail for the next few minutes.

With 14 minutes left on the clock, a full course caution was called as Caleb Bacon in the No. 18 CB Motorsports Hyundai Veloster Turbo faced a brake failure at turn one and ended up in the tires.

“I need to thank Copeland Motorsports and Hyundai for giving me a great car. I was able to work my way up and pass the field.  It’s unfortunate the race ended under caution, but we’ll take the win!” said Gonzalez.

TC America will return to action August 7-9 at Sonoma Raceway for rounds six through eight of the 2020 season.