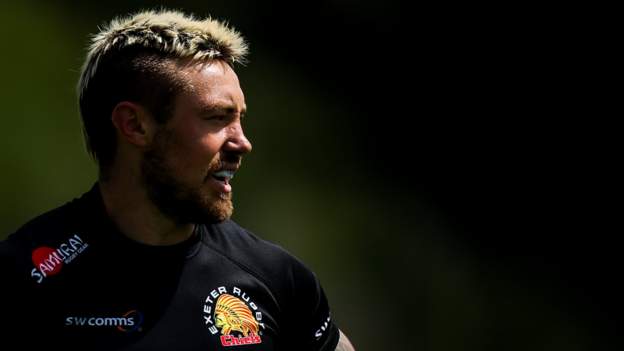 Premiership leaders Exeter, whose season will resume on 15 August, have not disclosed the length of the deals.

But Chiefs director of rugby Rob Baxter said each contract was "different".

"It's meant us having individual discussions with players and agents, but in the end I feel like we've all got what we need out of it," he added.

"They are not all four-year deals, nor are they all one-year deals, but we feel we have done the right thing in kind of backing this group of players.

Last week, Baxter said the club would soon be announcing the arrival of a new signing that will have "everyone licking their lips", having already brought in Australian fly-half Jack Walsh and Argentine wing Facundo Cordero.

The full list of players to agree new deals is: