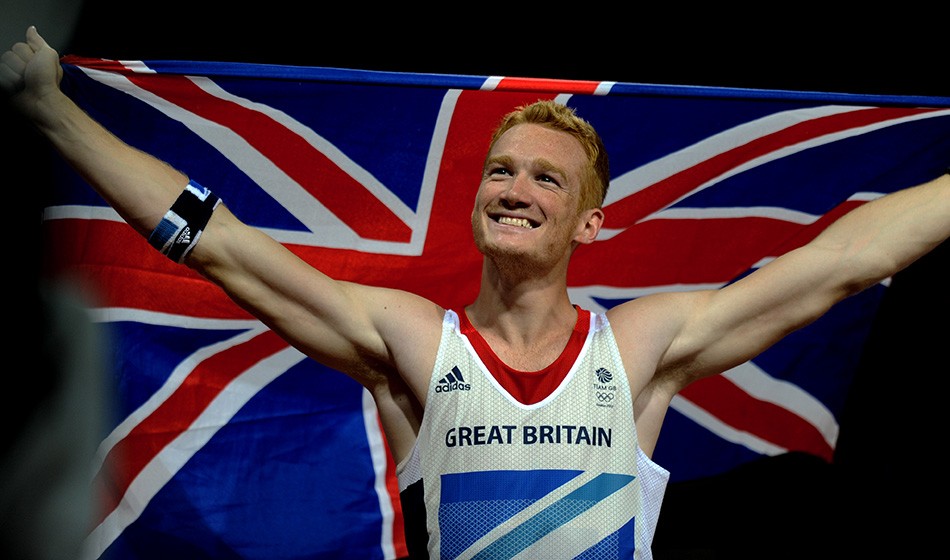 The Olympic, world, European and Commonwealth long jump gold medallist looks back on the night he won at London 2012

On Saturday March 28 at 7pm, Eurosport will be broadcasting a replay of the Super Saturday session at the London 2012 Olympic Games.

It has been described as the greatest night in the history of British athletics, with Greg Rutherford, Jessica Ennis-Hill and Mo Farah all getting gold within a magical 45 minutes on August 4.

Here Olympic, world, European and Commonwealth long jump gold medallist Rutherford, who will be watching the replay on Eurosport, reflects on that golden night.

Is it true you’ve never watched Super Saturday back? How excited are you to relive that magic night?

“This is the first time I’ve watched it back in its entirety. I’ve seen bits and I’ve seen myself jump, but it’s going to be different because I remember being on the track watching Jess win, and then me going through what I did, and then watching Mo win under the Olympic flame. So I’ve seen snippets. I’ve watched my footage for data analysis, but I’ve never sat and watched and immersed myself in it before so it’s going to be exciting.”

What are your most vivid memories from the night and what are you most looking forward to seeing again?

“Walking out into that stadium and the whole crowd erupting, it was one the strangest most surreal things I’ve experienced, because nobody at that point really knew who I was.

“They just saw a British vest and got massively excited and it brought a tear to my eye, I’m not going to lie. It was really emotional, but then I had to refocus and jump. On top of that, being in round six and waiting for the competition to finish and desperately hoping no one jumped further than me because I was the last one to jump, and I was slowly ticking everyone off.

“And then of course, the moment comes and you become Olympic champion, and you try and figure out the emotions which are taking place, because there’s so much going on in your head, and you realise the overriding feeling you have is relief. Relief that’s finally happened and you’ve had your moment in the sun, and then after that it was a bit of a blur!”

Do you think it’s the greatest night in British sporting history?

“I’m always going to be a little biased at first, but for me it is the greatest moment in British sport.

“There have been some incredible performances, some great team performances, and amazing individual performances. But I think track and field is arguably the most difficult sport there is in order to win medals in – it is truly a global sport. So for us to get three gold medals, in such a short space of time and at a home Olympics.

“If this was done in Beijing or Rio, either side of London, it wouldn’t have had the same impact. But it was London, it was three British athletes, and in such a short amount of time, and for me it is the greatest moment in British sport ever – absolutely.”