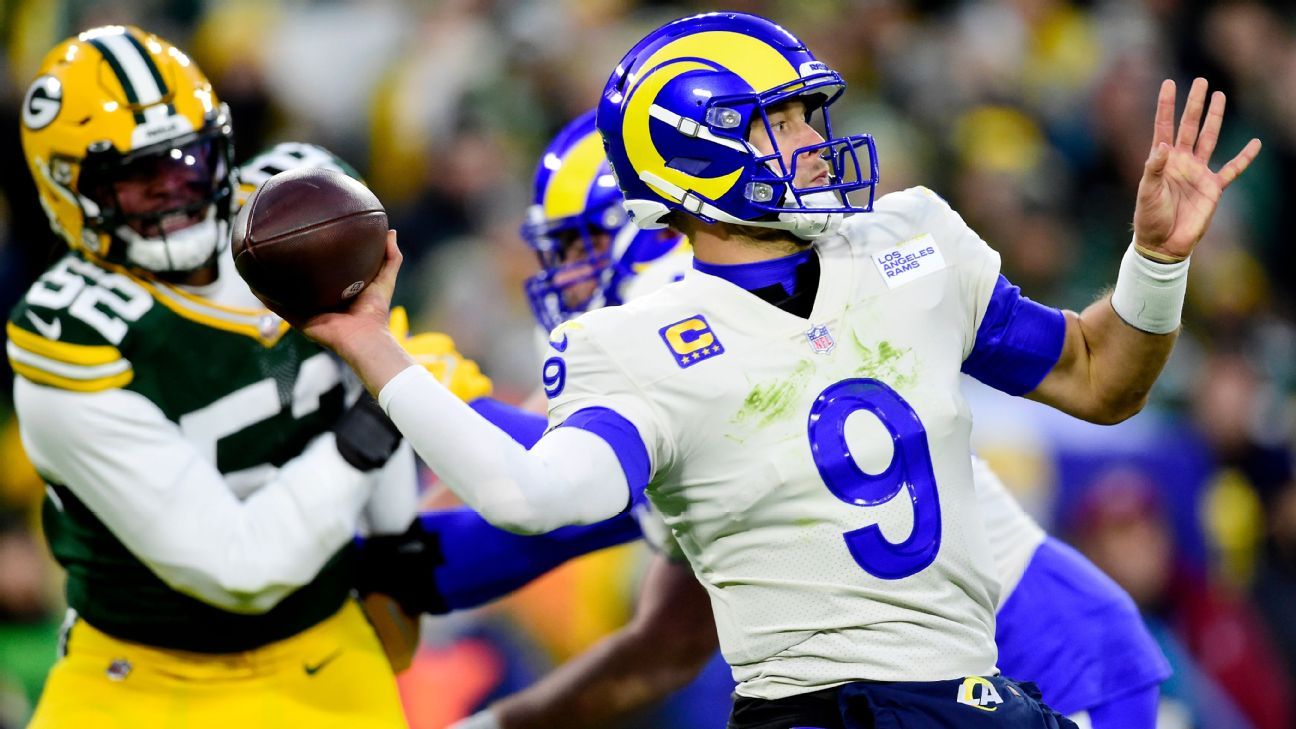 GREEN BAY, Wis. -- After the Los Angeles Rams dug themselves into a 10-0 first-half hole at Lambeau Field on Sunday afternoon, quarterback Matthew Stafford provided his team a much-needed spark.

Stafford dropped a deep pass into the hands of sprinting second-year receiver Van Jefferson as Packers cornerback Chandon Sullivan fell to the ground. Jefferson sprinted another 30 yards after the catch for a 79-yard touchdown.

It was Stafford's longest passing play since 2013 and is tied for the second-longest of his career, according to ESPN Stats & Info. It also was the longest reception of Jefferson's career.

Stafford and Aaron Rodgers each threw touchdown passes in the second quarter as the Packers held a 20-17 lead at the half.

More in this category: « Scuffling Cam benched by Panthers vs. Miami Portis gets 6 months in prison for fraud scheme »
back to top