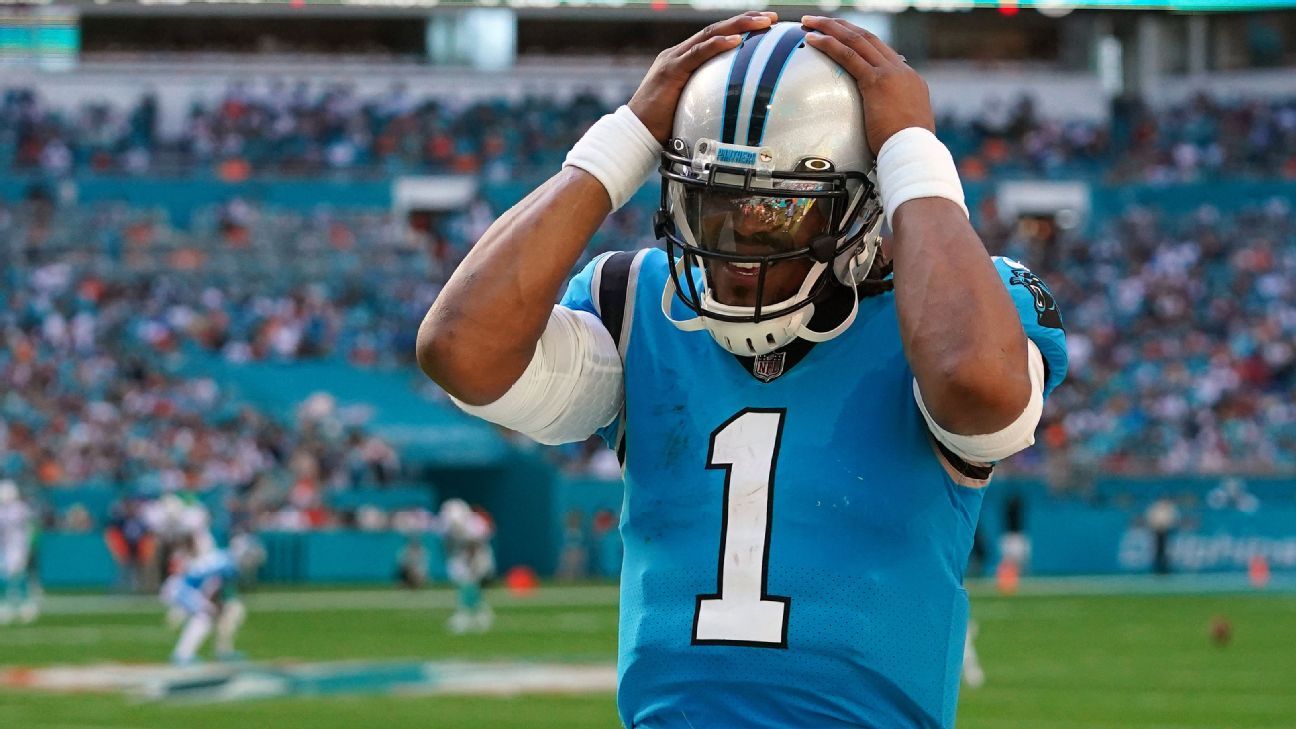 MIAMI -- Cam Newton's storybook beginning to his second stint with the Panthers came to a crashing halt Sunday when he was benched in the fourth quarter of Carolina's 33-10 loss to the Miami Dolphins.

Newton was replaced by P.J. Walker with just over 10 minutes remaining and the Panthers trailing by 20.

Newton completed 5 of 21 pass attempts for 92 yards with two interceptions for a passer rating of 5.8. His 23.8 completion percentage was the worst by a player with 20-plus attempts since 2004, according to ESPN Stats & Information research.

Newton's poor performance came less than three weeks after he was signed to a one-year deal that could pay him up to $10 million for the rest of the season if he meets incentives. He scored the first two times he touched the ball in relief of Walker in a win at Arizona four days after rejoining the team that made him the top pick of the 2011 draft.

He had two touchdown passes and a rushing touchdown in last week's loss to Washington.

It all fell apart on Sunday after Newton scored on a 1-yard run that made it 7-7.

More in this category: « Riley leaving Oklahoma for USC, sources say Portis gets 6 months in prison for fraud scheme »
back to top