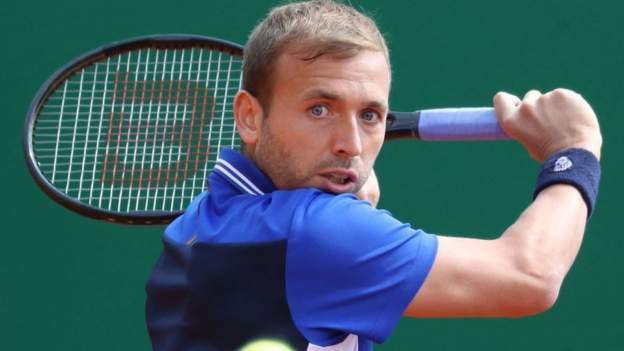 British number one Dan Evans came from a set down to beat Belgium's David Goffin and reach the semi-finals of the Monte Carlo Masters.

He fended off four break points at 4-4 in the final set to hold serve and then took match point at his first attempt to win in two hours and 46 minutes.

The Greek world number five had taken the opening set 7-5 against Alejandro Davidovich Fokina when the Spaniard retired.

For a surface on which British players are supposed to struggle, some remarkable clay court seasons have been compiled in recent years.

In 2015, Andy Murray won his first clay tournaments in consecutive weeks in Munich and Madrid, and four years later - with little previous hint of what was to come - Johanna Konta put together a thrilling run which culminated in a French Open semi-final.

And now Dan Evans, with just four tour level wins on clay before this week, has doubled his tally on the surface.

He saved 15 of the 17 break points he faced against David Goffin, with some clutch serving when most required in the decider.

Confidence, a smart game plan, and some exceptional execution have contributed to a story no-one expected to be writing.