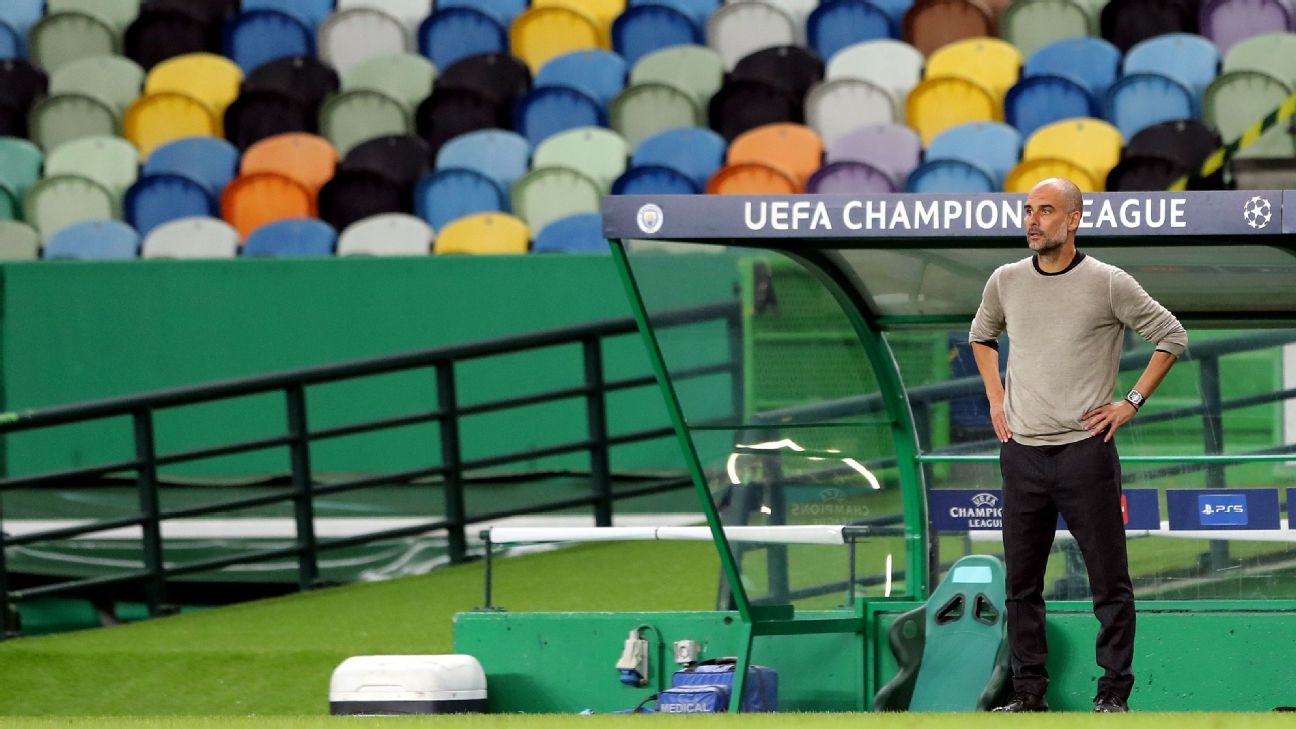 Pep Guardiola is treading new ground as he leads Manchester City into the 2020-21 campaign. For the first time in his glittering managerial career, the City boss is embarking on a fifth season in charge of a club and within that, he's also having to rebuild and launch a second cycle of success.

Man City chief executive Ferran Soriano said in the past that "three, four years is one cycle" before you need to refresh your team, and that "maybe a manager can do one or two cycles, but people get tired." Four years after arriving at the Etihad following a three-year stint in charge of Bayern Munich -- Guardiola had four seasons in charge of Barcelona prior to that -- Guardiola, 49, has stayed at City longer than any other managerial job in his career.

His contract expires at the end of this season, and the ultimate prize of Champions League glory continues to elude him at City. A new deal will be there for Guardiola if he wants it, but nobody can predict whether he will walk away next summer or commit to an even lengthier stay at the club.

- Rae: How I fell in love with German soccer
- Hislop: How soccer can drive the social justice movement
- Stream new episodes of ESPN FC Monday-Friday on ESPN+

Tom Young, a performance psychologist working in business and elite sport, recently published a book called "The Making of a Leader" in which he studied the mindset and demands of top coaches in football, rugby, NFL and cricket. Young also worked as a consultant to the Belgium football team ahead of the 2018 World Cup and the victorious European Ryder Cup team in Paris in 2018. And with Guardiola facing the challenge of starting a new cycle, at the same time as attempting to end City's wait for the Champions League, Young assessed how Guardiola will approach the task of delivering on both fronts this season.

"Sporting leaders are [on the job] 24/7, and it can be both lonely and draining," Young told ESPN. "A fifth season is the unknown for Guardiola and he will have asked himself, 'Do I really have the energy for this? Do I want to do this?' because doing it half-heartedly is just not an option for someone like him.

"The competitor inside of him will feel he has unfinished business with this team. Going into this cycle, the first challenge will be his own energy and drive. People might question that, but he's a human being. By his own admission, he's obsessed with winning and you only have to watch him on the touchline or after a game to see the intense, demanding and perfectionist approach he takes.

Another point Young makes is about the players on the pitch, or as he puts it, "the evolving team." With so many of the club's leaders departing in recent seasons -- like imperious Vincent Kompany and David Silva -- and other cornerstone players like Sergio Aguero aging, there's no clear sense yet of who will fill those voids.

"Teams need a range of characters, so what, if anything, are they missing?" asks Young. "Others need to step up, and recruitment on both a human and sporting level will be key."

Man City have signed defender Nathan Ake from Bournemouth and winger Ferran Torres from Valencia this summer as the club has attempted to regenerate a squad that has lost Silva to Real Sociedad and Leroy Sane to Bayern Munich. Sources have told ESPN that City were at the front of the queue to sign Lionel Messi in the event of the Barcelona star leaving the Camp Nou in August and Young believes that, while missing out on the Argentine will have been a blow to Guardiola, the manager can still use the disappointment as a source of positive motivation for his players.

"Undoubtedly, Messi would have given everyone an immediate psychological boost," Young said. "He'd have brought 'know-how,' having been there and done it, and having someone like that in the team allows others to play with a sense of belief and freedom.

"It would have been great for the players, but they now have the opportunity to say, "we don't need him, we can do it with the group that we have" -- again, it comes down to that mindset."

Messi may have provided City with the key to unlock the door to Champions League glory. The competition has so far been a puzzle that the club have been unable to solve, despite Guardiola's track record of having won it twice with Barcelona. After City's surprise elimination at the hands of Lyon in last season's quarterfinal, Guardiola said there were "no excuses" for his team, and Young believes that the club are in danger of developing a mental block with the competition.

"There is a sense of growing pressure on the Champions League," Young said. "Driven by his [Guardiola's] own standards and expectation, the most intense pressure comes from within. I think you could see that in his interview after the Lyon game. He will take that on himself and try not to burden the team.

"The danger is that it becomes the elephant in the room, a little bit like the England penalty situation before 2018. Psychological strength can emerge from people trusting each other enough to talk about their own fears or beliefs, something that's not always easy to do in elite sport. If it goes unchallenged or unsaid, groups can end up in a cycle where they start to think 'here we go again' at the same point each season.

Steffen: Change is only going to come through actions

Man City's Zack Steffen believes taking a knee is still important, but action is needed to make a change.

"Under pressure and expectation, it can be tempting for a leader to try and do it all themselves. Guardiola is a masterful coach, but it may be that he chooses to delegate more of that to his staff and allows himself to step back, see the bigger picture and focus on the individual needs of his players.

"You can be a master tactician, but relationships and trust are at the core of any team. Remember, this team has already made history with the domestic treble and record points tally [100 in 2017-18]. They've proved they can do it. Now they have an opportunity to do it again on the biggest stage. It is a chance to achieve, rather than a threat of failure. It isn't easy, but language is key, conveying that he trusts the players, and believes they can take the next step.

"Not that they 'should' or 'must', but that they 'can'. As we saw last season against Lyon, sport still comes down to the bounce of a ball, whoever your manager is."

For Young, however, there are no doubts that Guardiola will be able to find the motivation to meet his new challenge head on.

"I love watching Guardiola during games or in his interviews, just to try and see what really makes him tick," Young said. "He's relentless, and his passion for the game is so clear.

"I imagine working with him isn't easy, as standards will be so relentlessly high, but players will want to play for him. And maybe Liverpool's win last year will be just the fire he needs." 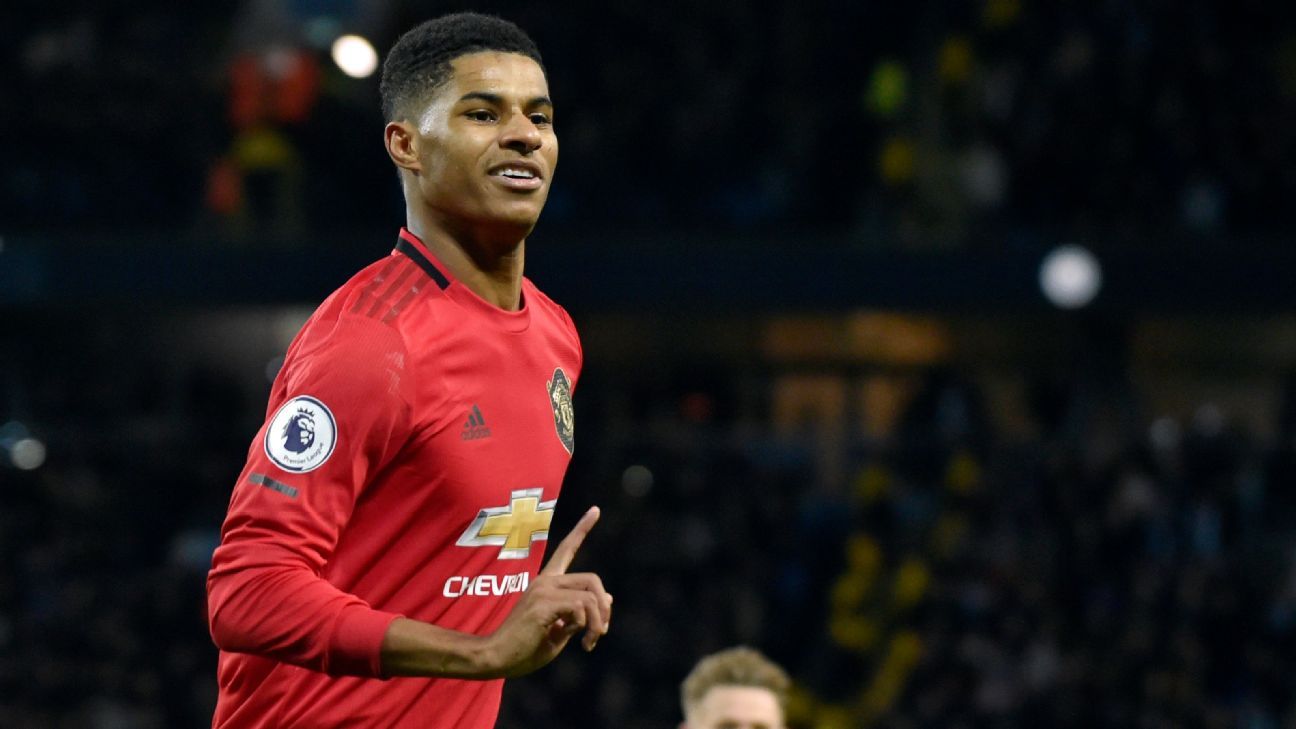 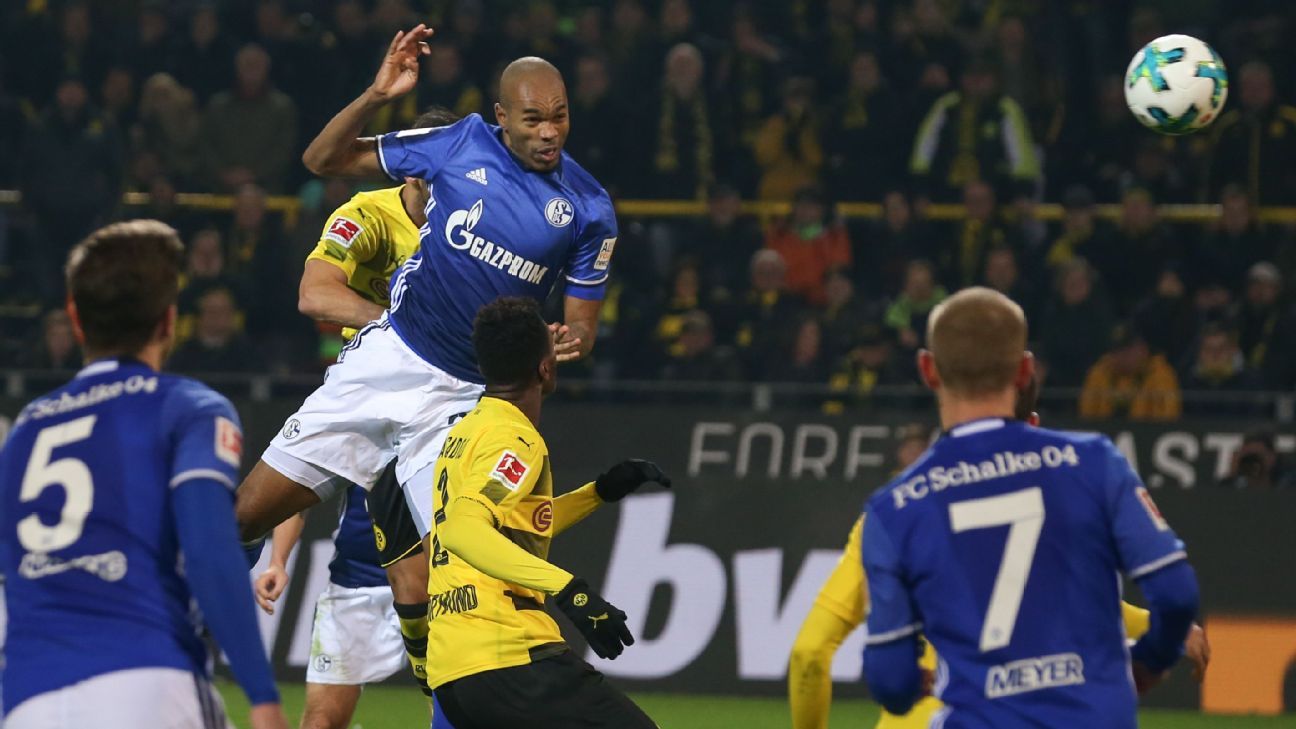 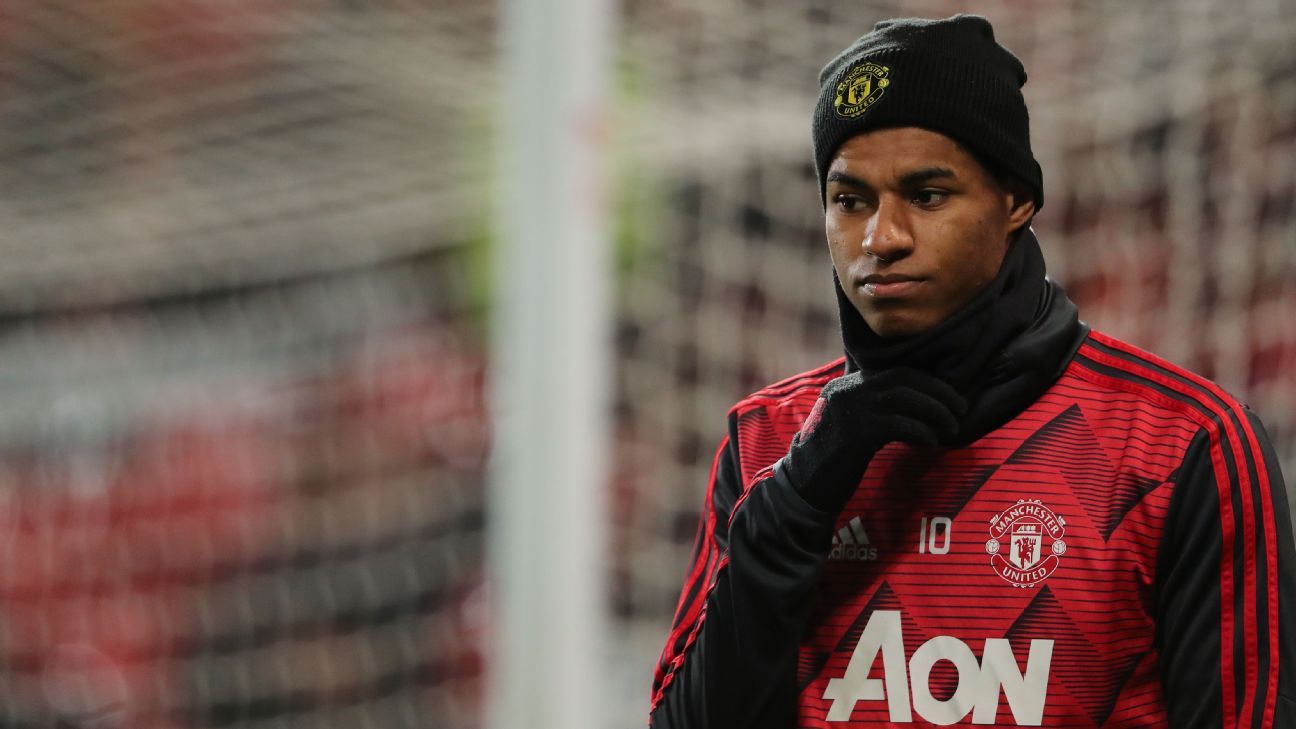 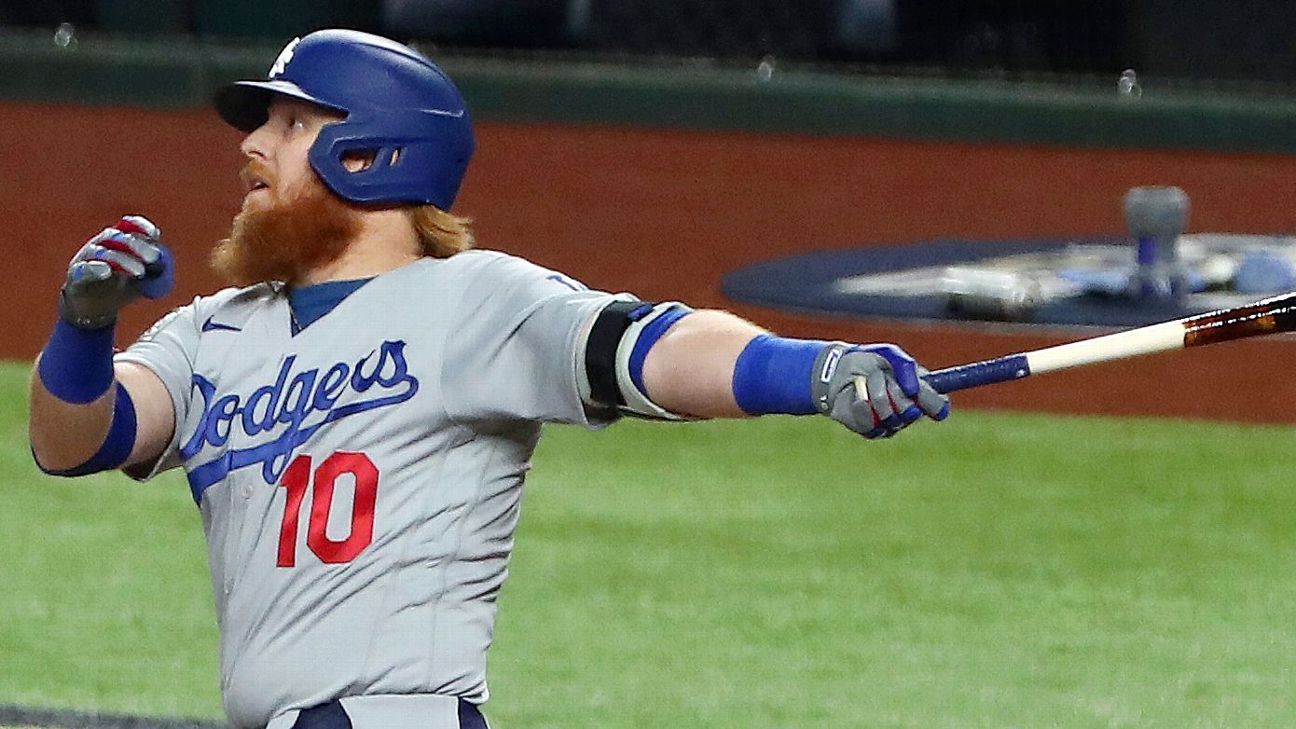