One to watch, DPR Korea sets sights on 2021 glory 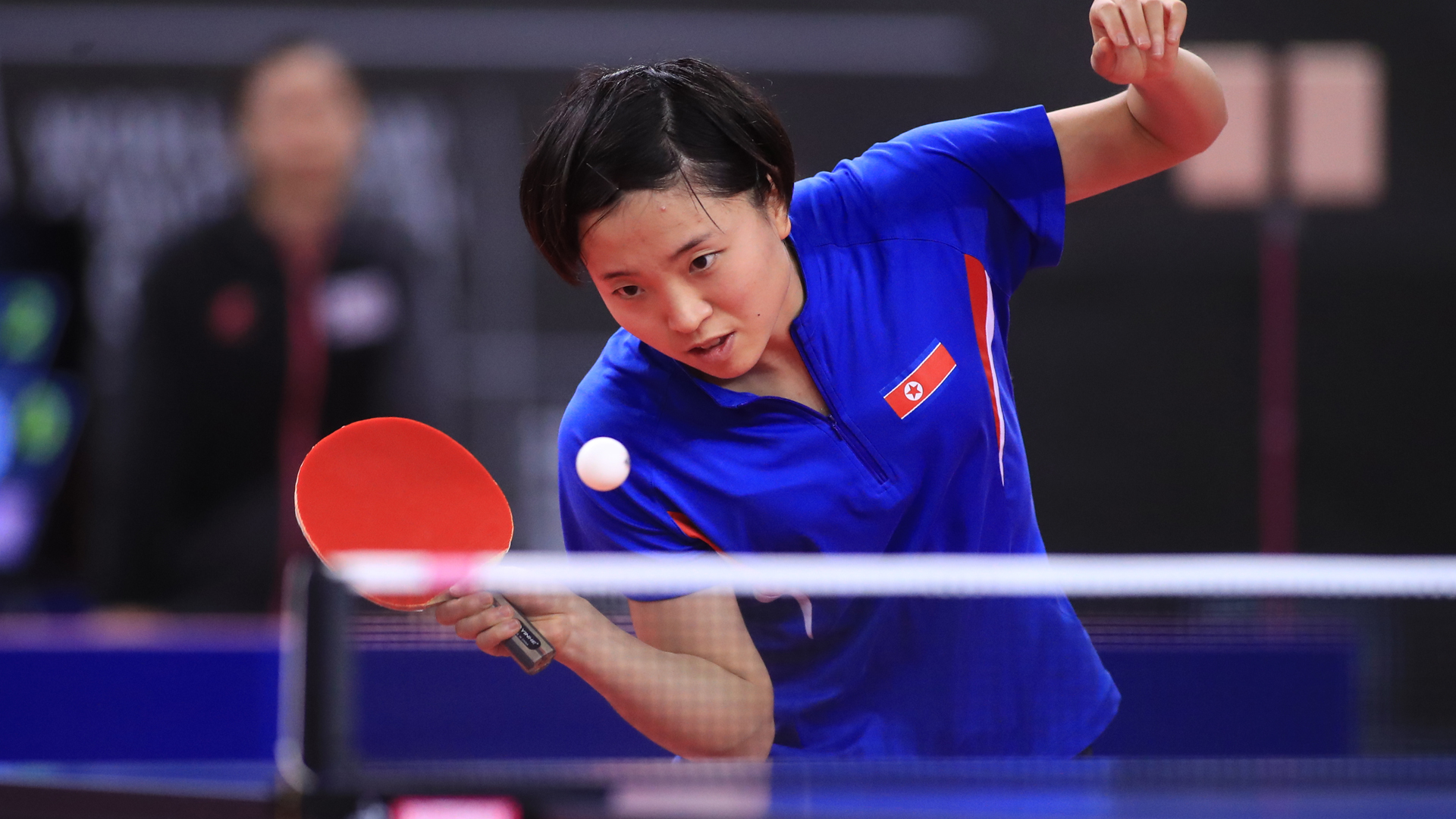 Avid followers of the professional circuit may recognise one of the county’s leading names in Kim Song I. Ranked 52nd in the latest World Rankings list, Kim is DPR Korea’s highest ranked player on the international scene.

Taking the world by storm at the Rio 2016 Olympic Games, Kim enjoyed a sensational campaign on her Olympic debut, bringing home DPR Korea’s fourth-ever medal in the table tennis categories, and on her 22nd birthday at that!

A magnificent result which will live long in the memory, Kim announced herself to the world at the Riocentro Pavillion and continues to lead her country by example to this very day.

Cha Hyo Sim another player in the limelight

Kim Song I isn’t the only DPR Korea player to enter the headlines over the past few years with Cha Hyo Sim also earning plaudits after contributing a truly magnificent achievement for the table tennis history books.

Cha’s moment in the limelight came at the 2018 ITTF World Tour event in Daejeon, Korea Republic, partnering Jang Woojin to a historic mixed doubles gold, hailed a significant moment for the Korean Peninsula as a whole.

One year later at the Liebherr 2019 World Championships in Budapest, Cha outperformed expectations to land a top 16 finish in the women’s singles draw, claiming notable scalps over the likes of Sweden’s Matilda Ekholm and Korea Republic’s Jeon Jihee.

Two names that have led by example on the world stage, Kim Song I and Cha Hyo Sim are undoubtedly the star faces in the DPR Korea set up. When it comes to team competition such as the World Team Championships or the Olympic Games three players are required to contest a match – DPR Korea has a couple of options on the table.

Very much a regular in the squad line-up, Kim Nam Hae is another player who knows her way around the table having represented her country at the World Championships, Asian Championships and Asian Games. Occupying position no.96 in the World Rankings, Kim has also formed quite the doubles partnership with colleague Cha Hyo Sim, collecting two ITTF Challenge Series titles in addition to their top four finish at the prestigious 2019 ITTF World Tour Platinum China Open.

Then there’s 19-year-old Pyon Song Gyong, a young talent who is beginning to work her way into the picture. Pyon produced a most impressive display at the 2019 ITTF Challenge Plus Pyongyang Open, striking gold in the under 21 women’s singles and silver in the senior category, battling past Cha Hyo Sim and Kim Nam Hae along the way. The teenager was also present at the NDSF 2019 World Junior Championships, topping her group.

Positive movement in recent years, now DPR Korea has its sights set on making the most of its potential with all eyes firmly fixed on next year’s World Team Championships and Olympic Games.

Two appearances on the Olympic stage, the DPR Korea women’s team’s efforts resulted in quarter-final finishes in London and Rio de Janeiro while the World Team Championships has merited even greater rewards. Four years ago in the Malaysian capital of Kuala Lumpur, DPR Korea brought a 15-year podium absence to a halt after successfully capturing bronze. The country’s players were amongst the medals once again at the Liebherr 2018 World Team Championships, this time as part of a Unified Korea team.

Later, in a truly historic year for the Korean Peninsula, DPR Korea staged a mighty comeback win over Japan before going on to beat Chinese Taipei and Hong Kong China to women’s team silver at the 2018 Asian Games in Jakarta, Indonesia.

The team’s progress was most recently challenged at the 2020 ITTF World Team Qualification tournament in January, with tickets to the Tokyo Olympic Games up for grabs. Kim Song I, Cha Hyo Sim and Kim Nam Hae were the three players entrusted to secure DPR Korea’s passage to the Games and the trio didn’t disappoint. Emerging victorious over Malaysia and neighbours Korea Republic, the event provided yet another display of DPR Korea’s capabilities and bodes well for the team’s future plans.

DPR Korea has well and truly developed a women’s team to contend with – 2021 could prove to be a very exciting year for the country’s table tennis contingent!