Diggins-Smith 'conflicted' on bubble, but not ball 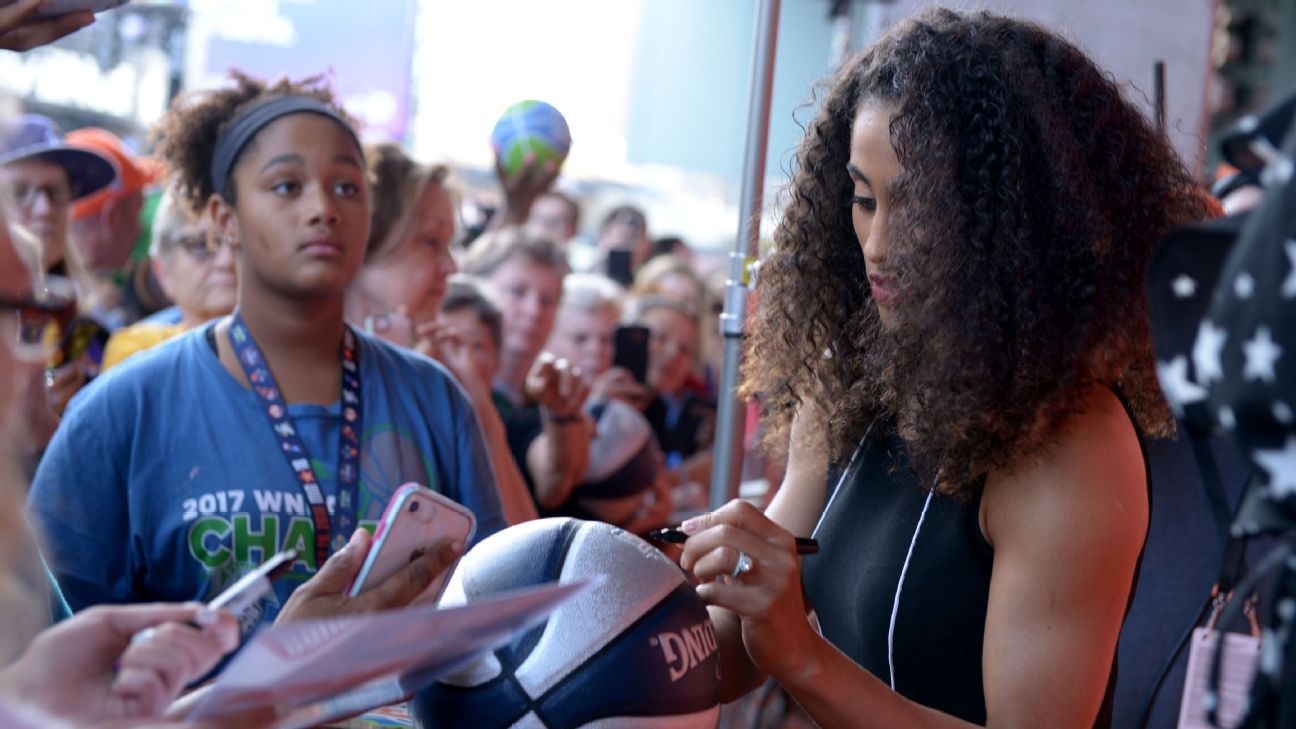 Phoenix Mercury guard Skylar Diggins-Smith said she was "conflicted about being here" Sunday during a Zoom call with media, which seemed to indicate some discomfort being in the WNBA bubble at IMG Academy in Bradenton, Florida.

Asked initially by a reporter about being back in action with the WNBA after a year away -- Diggins-Smith missed last season on pregnancy leave while still with the Dallas Wings -- she pointed out that she had played with USA Basketball during the winter months.

"I haven't really stopped playing basketball except for a little bit during the quarantine," Diggins-Smith said. "But, yeah, it's basketball. You know, it's still round, and it's still played the same way.

"I'm just happy to be here. I don't really have much to say. I'm kind of conflicted being here. But I'm happy to be on this team, I'll say that."

When asked by a different reporter whether she could give more detail on what she meant about being conflicted, Diggins-Smith said, "No."

Diggins-Smith was asked then about her participation in the "More Than a Vote" campaign and other social justice initiatives that the league is involved with, such as Black Lives Matter.

"What do you really want me to say?" Diggins-Smith said. "I mean, I'm not really trying to be like ... I don't know what to say. I mean, it's non-whites being killed by policemen disproportionately.

"As a mother, as a Black woman, as a human being, it doesn't sit right with me. It's unsettling. I have a husband that is Black, I have a son that we're raising that's Black. So, obviously, everything that's going on, the climate, I feel some sort of way about it."

Later, Diggins-Smith was asked whether her family was with her in the bubble.

"That's none of your business, I'm sorry," Diggins-Smith said.

She was much more expansive in her answers to questions about the Mercury specifically. Phoenix traded for Diggins-Smith, a former Notre Dame star who was the No. 3 pick in the 2013 WNBA draft by Tulsa, in February. She had spent her WNBA career first in Tulsa, and then in Dallas when the franchise moved there.

Diggins-Smith said she is looking forward to playing with the Mercury, which includes longtime standouts Diana Taurasi and Brittney Griner, who are also her U.S. national team teammates.

"We're just trying like every other team to put the chemistry together on the floor," Diggins-Smith said of the Mercury. "We have a great group, we have great personalities, very unselfish. Everybody seems to be getting along pretty well.

"This team has a lot of veterans on it. This is definitely the most veteran group I've been a part of. It was kind of seamless off the floor, so now we're just trying to put it together on the floor in the time that we have. We're not unique with that; I think all 12 teams are in a predicament, especially with all the moving around, and trades, and new players/young players mixing in. So everybody's trying to figure that out right now, but I'm liking where we are."