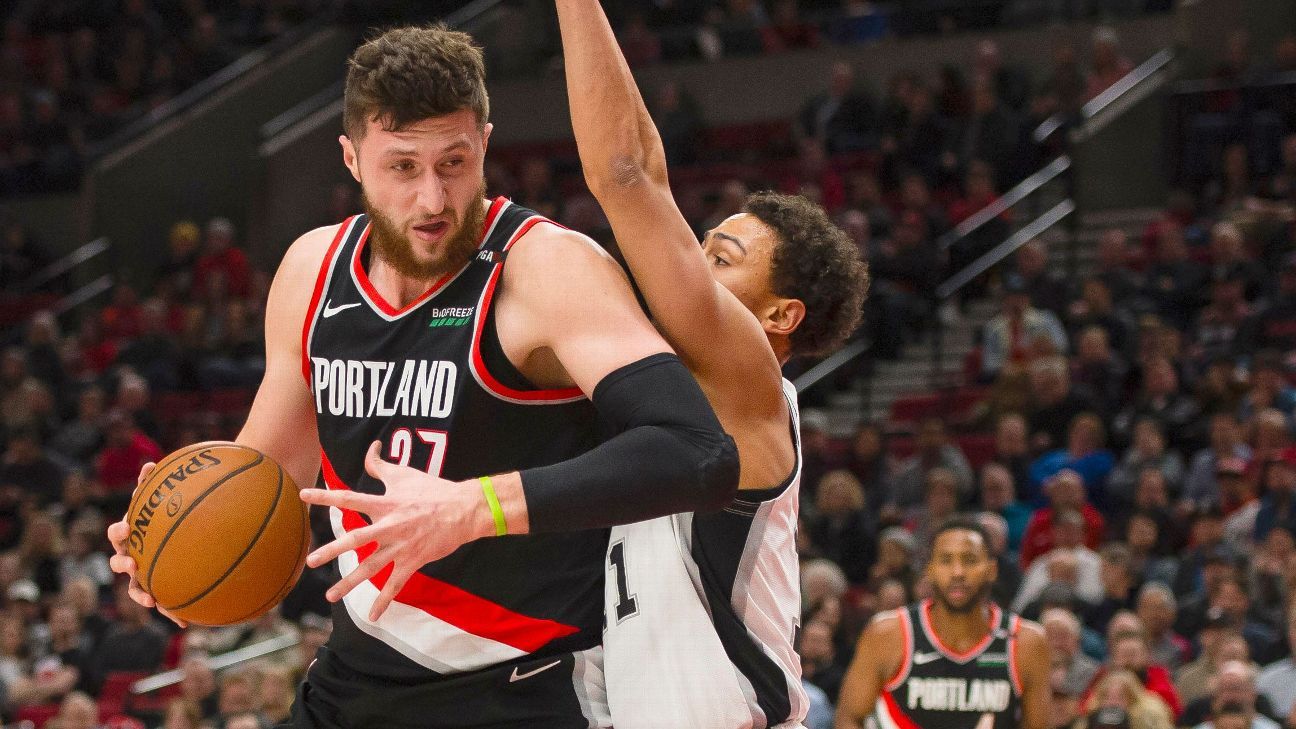 The Portland Trail Blazers are trying to make a push for the West's 8-seed and got a big boost at their first practice on Saturday with the returns of Jusuf Nurkic and Zach Collins.

"They both looked like the way we remembered them," coach Terry Stotts said. "I told Nurk that he's the Nurk I remember playing, at both ends of the floor."

Without Nurkic and Collins, the Blazers struggled significantly in multiple interior areas, specifically paint defense and rebounding. The Blazers rank 27th in defensive rebound percentage after being in the top 10 the past two seasons. Other than persistent injury issues, much of the Blazers' problems this season have come on the defensive end (27th in defensive rating), and adding back Nurkic and Collins should help significantly as the NBA restarts its season in Orlando, Florida. It could also include a defensive scheme adjustment.

"I'm excited about the style we're going to be able to play with both of those guys on both ends of the floor, being up higher in pick-and-rolls, putting more pressure on the ball," Lillard said. "Our rebounding is going to be much better than it has been all season long. Us being able to play through the bigs because they can both pass the ball really well. It was just fun to see them back on the floor doing things that we haven't really had the luxury of having this season."

With Nurkic and Collins back, and in the absence of Trevor Ariza -- who is not participating in the restart -- the Blazers will have to make starting lineup changes, which likely will feature Carmelo Anthony back at his old familiar spot of small forward.

"I can see Melo playing the 3 to start games," Lillard said. "I could see us having a pretty big lineup out there. Other than me and CJ, obviously."

More in this category: « Kentucky's Washington declares for NBA draft Pop: Jokic is 'like a reincarnation of Larry Bird' »