How Corals became the beating heart of Sussex squash 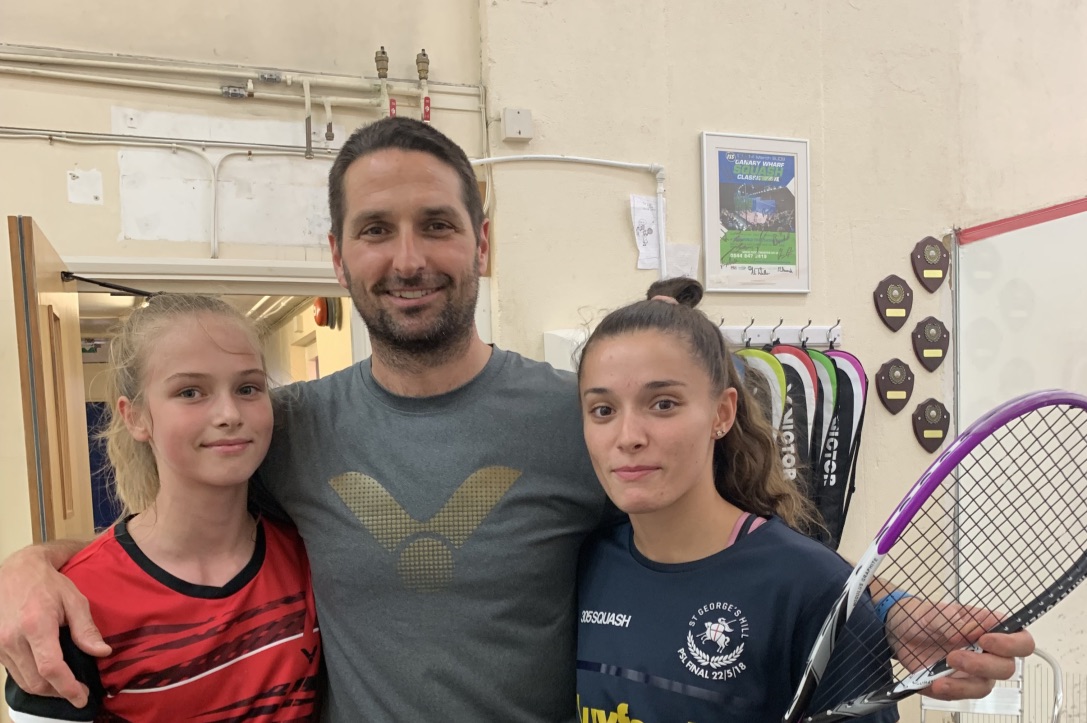 Coral Squash and Badminton, Coral Sport and Fitness, Coral Health and Fitness, along with many others, will be the official name. We all know and love it as Corals.

The club, at the Hove greyhound stadium, opened in 1979 during a real boom time for squash here in the UK. I was introduced to it by one of my best friends at the time. It was a rainy Sunday in 1985. The phone rang and my friend Nolan asked if I wanted to play squash. I was nine and had never heard of the game. Bored out my mind, I thought ‘why not?’

I asked my father if he had a racket and before we knew it, we were at Corals playing squash, or attempting to play squash. It was difficult at first, but there was something magical about the game that had us hooked almost instantaneously.

From that day we would spend all our spare time at the club. The staff were always friendly and looked after us. One of the older junior’s parents worked at the club, either on reception or behind the bar.

Soon our mates were joining us and before long we had a nucleus of players at the club, playing squash, badminton and generally running amok.

As time went on, with lessons and the evolution of the rackets from wood to graphite and our ability to improve, we all became pretty good. Being selected for Sussex and getting to the National Club finals in our teens, and getting murdered by Pontefract in the final, were just a few of the more memorable experiences, but it was the club that we grew to love.

Corals was heaving in the 80s. Squash was cool and anyone who was anyone was seen at the club. Brighton and Hove Albion players played squash and socialised there, and we had some big names play at the club. Teddy Maybank, Sammy Nelson, Paul Flood, Steve Foster to name but a few, all played and all socialised at the club. Sammy can still be seen at the bar today.

We lost a court to snooker, which as you would expect we all became quite good at, as we used to sneak in there as well as the courts. I can remember using Christmas and Birthday money to pay my yearly membership, as being there was a must for us all. Weekends and school holidays, we lived at the club. From ten in the morning until mum phoned reception demanding I’d return home for tea. This was the theme for many years and created so many memories from playing, competing, socialising, club discos, girls, everything. It was our life.

In the 90s we had the rise of the gym and the destruction of our beautiful game. Courts lost to gyms and clubs transformed. So we lost two courts to start and as the gym grew, the need for space increased and sadly Badminton succumbed and the badminton hall was lost to a big gym. So from an eight-court squash and three-court badminton club, we became a gym and studio with six squash courts.

I’ve always been a member but drifted a bit in my teens. After a horrible injury playing football, and 10 months in Australia, I came back to play for my dear friend Mike Harris, who was Head Coach at the time, in the first team and rekindle my love of the game. In 2000 Mike stepped down from running the first team and I took the mantle.

We spent a few years hanging around in the top division, and in 2006, through a lot of convincing from Mike and my partner Natasha, I quickly did my level one, two and three coaching badges and took over the role of Head Coach at Corals.

That was arguably the best decision of my life. I fell in love with coaching and my enthusiasm for my job was incredible. I was doing something I loved for a living and providing for my family with it. Life was good.

Ben with Jazz and Tom

The next 15 years have gone so quickly but in those 15 years I feel I have done quite well as a coach, and as a player. I have played in the mighty Sussex men’s squash team with the legend Tim Vail, as well as dominating Inter County Racketball, with Sussex winning three national titles in a row.

Teaching my eldest daughter Jasmine to become English Champion, and Tom Walsh, who both at one stage were ranked number one in England and both picked for England in the Under-15 Five Nations, are up there as some of my best memories. Jazz winning the Dutch and Tom just losing in the final in a cracking match are fond memories that will last forever. I’m now embarking on the same journey with my youngest, Izzy, creating more memories.

Corals went on to dominate Sussex squash for the next 12 years, in which time we were crowned county team champions 10 times. A real honour for me and I know the members are extremely proud of such a monumental achievement. We also produced a string of world-class juniors. We were going to national events and I had more players competing and winning from my club than some counties had.

I’ve always been quite quiet and modest about my coaching, but to achieve what I have at Corals, I couldn’t be happier or prouder. I think you could say it’s my home. I reckon I’ve spent more time at Corals than I have at any of the homes where I was raised.

I will never forget anything that I have experienced at Corals from that nine-year-old boy to the 44-year-old coach. Corals is in my blood and always will be.

It’s such a tragedy that somewhere that has been home to such wonderful experiences can be closed just like that.

More in this category: « Superstars clash in PSA World Tour Finals in Cairo Smack and whack, it’s good to be back! »