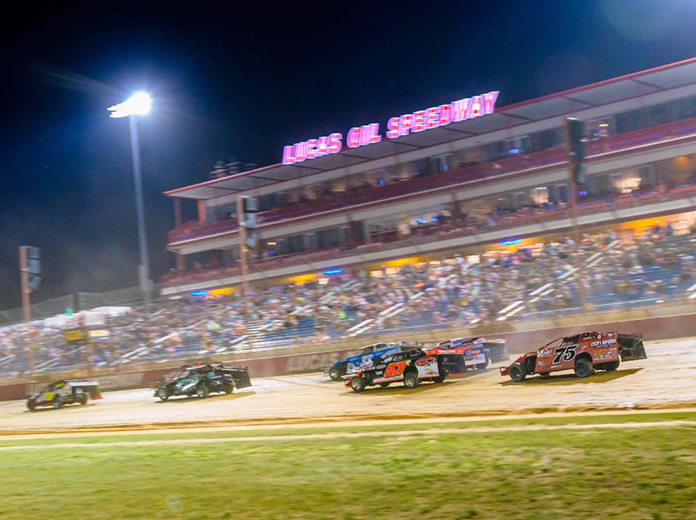 “This came together quickly and we’re excited about playing host to this week-night event,” Lucas Oil Speedway General Manager Danny Lorton said of the USMTS Modified/USRA Iron Man Wednesday Night Madness program. “Our fans always enjoy the USMTS and I think they also will enjoy seeing the USRA Stock Cars for the first time.”

The Wheatland event will kick off a four-race swing for the USMTS drivers, with stops June 4 at 81 Speedway (Park City, Kan.), June 5 at Humboldt Speedway (Humboldt, Kan.) and June 6 at Tri-State Speedway (Pocola, Okla.).

More in this category: « Rain Forces Super Dirt Series Legit Speedway Reshuffle Chase Elliott On 600 Defeat: ‘It Is What It Is’ »