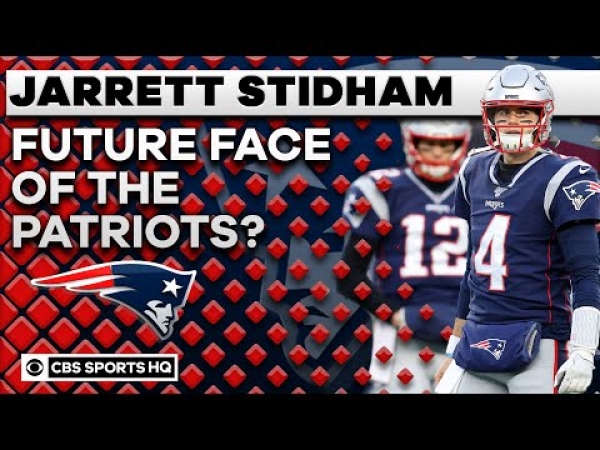 Jarrett Stidham Breakdown: Why Belichick, Patriots trust Tom Brady replacement | CBS Sports HQ
After 20 years and 6 Super Bowl Championships, QB Tom Brady announced he is moving on from the Patriots this offseason and has officially become a Tampa Bay Buccaneer. After leaving such a huge hole behind in New England, can the Patriots turn to their 2019 4th round draft pick, Jarrett Stidham, to become the new face of the franchise? CBS Sports NFL Writer, Tyler Sullivan, takes us through his performances at Auburn and during preseason with the Patriots to prove that Jarrett Stidham is perfectly capable of taking New England into the future. SUBSCRIBE TO OUR CHANNEL: https://www.youtube.com/user/CBSSports FOLLOW US ON: Facebook - https://www.facebook.com/CBSSports/ Instagram - https://www.instagram.com/cbssports/ Twitter - https://twitter.com/CBSSports #NFL #JarrettStidham #Patriots #NewEngland #TomBrady #TB12 #NewEnglandPatriots #BillBelichick #Football
Read 3 times
More in this category: « Cowboys' Aldon Smith reinstated by NFL under substance-abuse policy | Pro Football Talk | NBC Sports The Match: Tiger, Phil, Manning, Brady PROVE sports CAN return | Nothing Personal with David Samson »