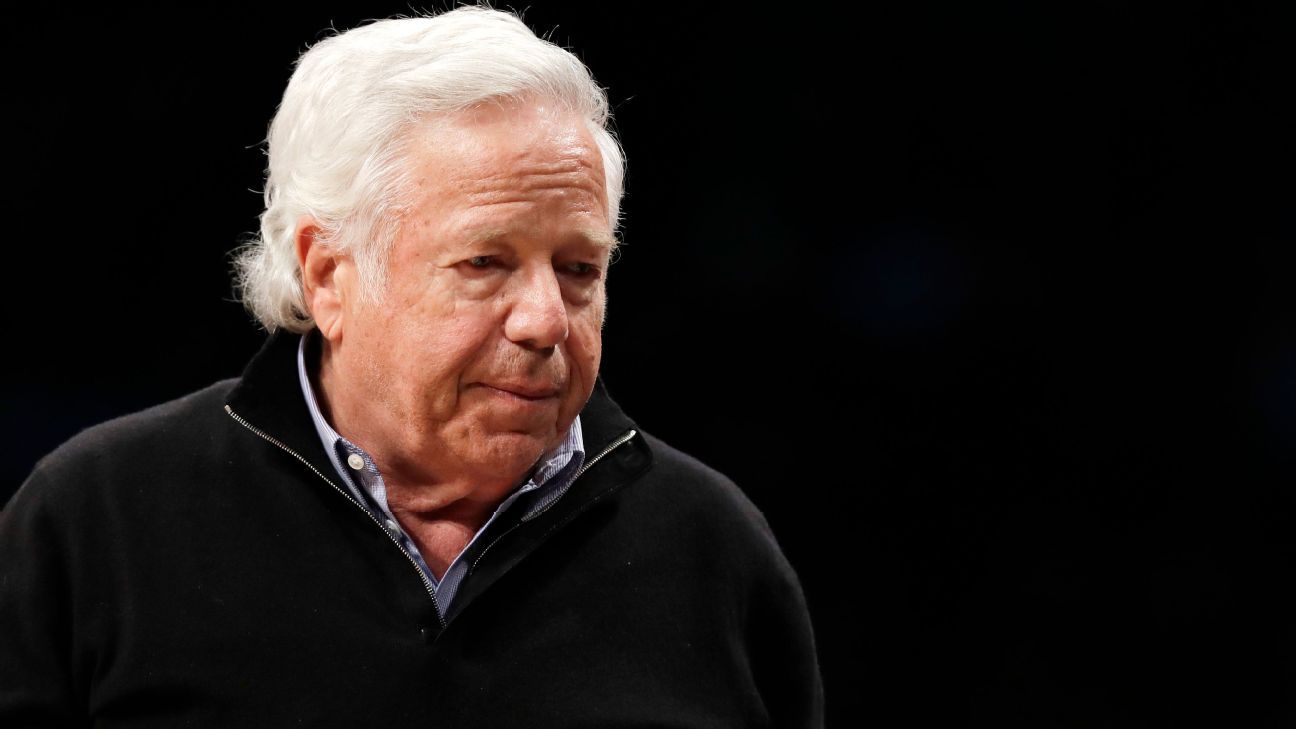 In his 10-page ruling, Judge Leonard Hanser wrote that Jupiter police detectives and the judge who issued the search warrant allowing the secret installation of cameras at the Orchids of Asia Day Spa in Jupiter did not do enough to minimize the invasion of privacy of other customers, some of whom received only legal massages.

Kraft's attorneys are expected to file a motion to dismiss the case based on lack of evidence as soon as Tuesday. Prosecutors have the options of appealing the decision, dismissing the charges or going ahead to trial without the only evidence they've presented.

Kraft, 77, pleaded not guilty, but he has not denied the accusation that he received sexual acts for money at the spa. In his lawyers' arguments against the charges, Kraft has essentially admitted that he was caught on video receiving such services.

That could be significant when NFL commissioner Roger Goodell considers discipline. The NFL is not bound by court rulings, and a dismissal of criminal charges wouldn't mean Kraft is off the hook with the league.

During a hearing to consider the motion to suppress two weeks ago, defense attorneys hit hard on the idea that Jupiter police had not minimized the amount of surveillance they conducted with the video cameras, as required by law. That meant that people who were not violating the law were also caught on camera while disrobed. The lead detective on the case, Andrew Sharp, testified that he told officers to avoid looking at video when it was clear the client was not receiving sexual services. But he also testified that they never stopped recording, and other detectives said during cross-examination that they were never given instructions on how to minimize their surveillance.

"The fact that some totally innocent women and men had their entire lawful time spent in a massage room fully recorded and viewed intermittently by a detective-monitor is unacceptable,'' Hanser wrote.

Kraft's attorneys declined comment. Prosecutors did not immediately respond to emails seeking comment, but they are likely to appeal.

Kraft's attorneys argued during a recent hearing aimed at throwing out the recordings that detectives lied to a judge to obtain the warrant. They also argued that the recordings violated Kraft's right to privacy under state and federal law and that officers did not exhaust less invasive means of investigating the spa. Additionally, they said Florida law allowing audio wiretaps says they can be used only for serious felonies such as murder or kidnapping, not lesser offenses such as prostitution. They argued that video should have a higher threshold.

Prosecutors argued that the warrant was aimed at stopping a felony-level prostitution operation and legally obtained. Neither Kraft nor the 24 other men charged in the county were specifically targeted.

Jupiter was part of a multicounty investigation of massage parlor prostitution and possible human trafficking that resulted in the arrests of about 300 men and the closure of 10 spas stretching 130 miles from Palm Beach to Orlando. The spa owners and some employees have been charged with felonies. Prosecutors have conceded that they found no evidence of human trafficking at the Jupiter spa, and no one has been charged with it elsewhere.

Hanser had already ruled that the Kraft videos cannot be released publicly until his trial is underway or the case is settled or dismissed.

NFL officials have said they are watching the case but have not disciplined Kraft. Under league policy, players, owners, coaches and other employees can be punished for "conduct detrimental to the integrity of and public confidence in'' the NFL.

According to police records, Kraft, a widower worth $6 billion, was chauffeured to the Orchids of Asia spa on the evening of Jan. 19, where officers secretly recorded him engaging in a sex act with two women and then handing over an undetermined amount of cash.

Investigators said Kraft returned 17 hours later and was again videotaped engaging in sex acts with a woman before paying with a $100 bill and another bill, police said.

Hours later, he was in Kansas City for the AFC Championship Game, where his Patriots defeated the Chiefs. His team then won the Super Bowl in Atlanta, claiming the Patriots' sixth NFL championship under his ownership.

Prosecutors have offered to drop the charges if Kraft enters a diversion program for first-time offenders, as some others charged have. That would include an admission that he would be found guilty if the case went to trial, a $5,000 fine, 100 hours of community service and attendance in a class on the dangers of prostitution and its connection to human trafficking. Prosecutors have said that the fine and community service are required by law and are not negotiable.

Hanser has ordered Kraft to appear in court for a May 21 pretrial hearing. It is unclear how Monday's ruling will affect that hearing.

ESPN's T.J. Quinn and The Associated Press contributed to this report.

More in this category: « Where does Virginia rank among all the national championship teams? Broncos' Flacco: It's not my job to groom Lock »

LIVE: Arsenal back in Europa League action vs. Dundalk 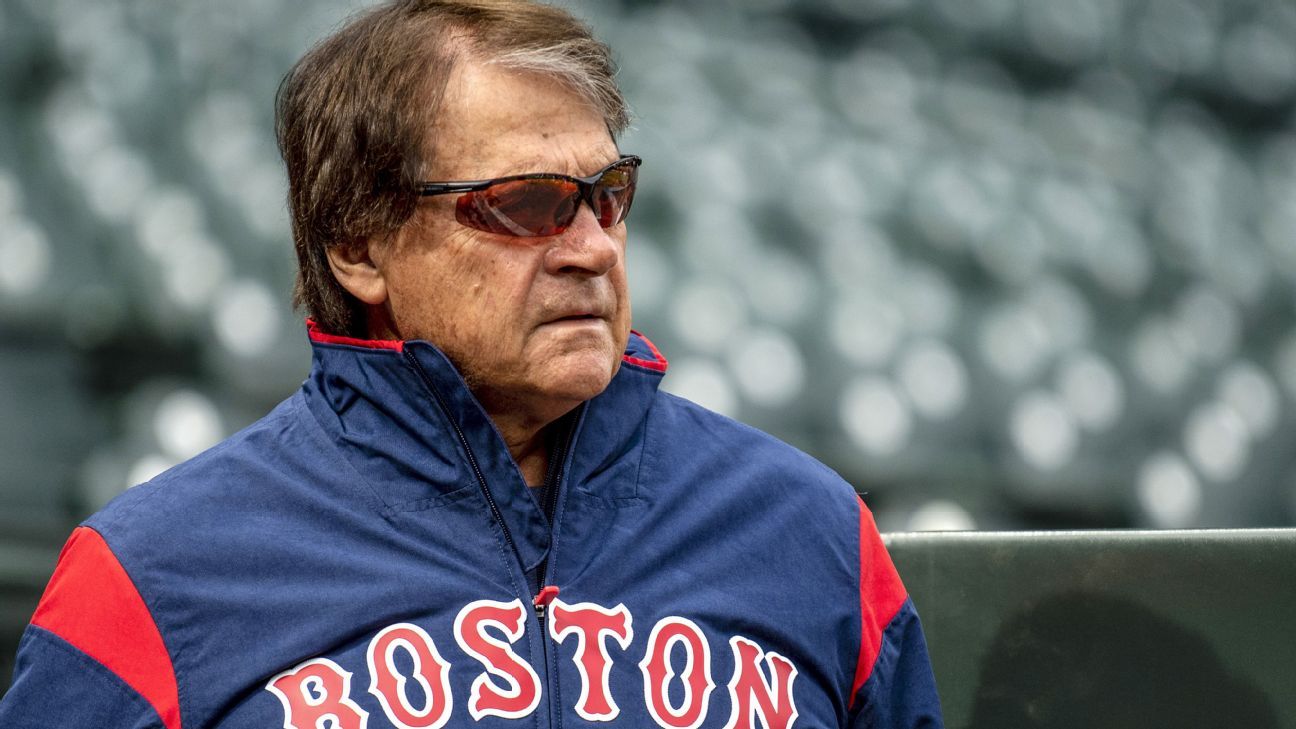 Tony La Russa, the Hall of Famer who won a World Series with the Oakland Athletics and two more with...