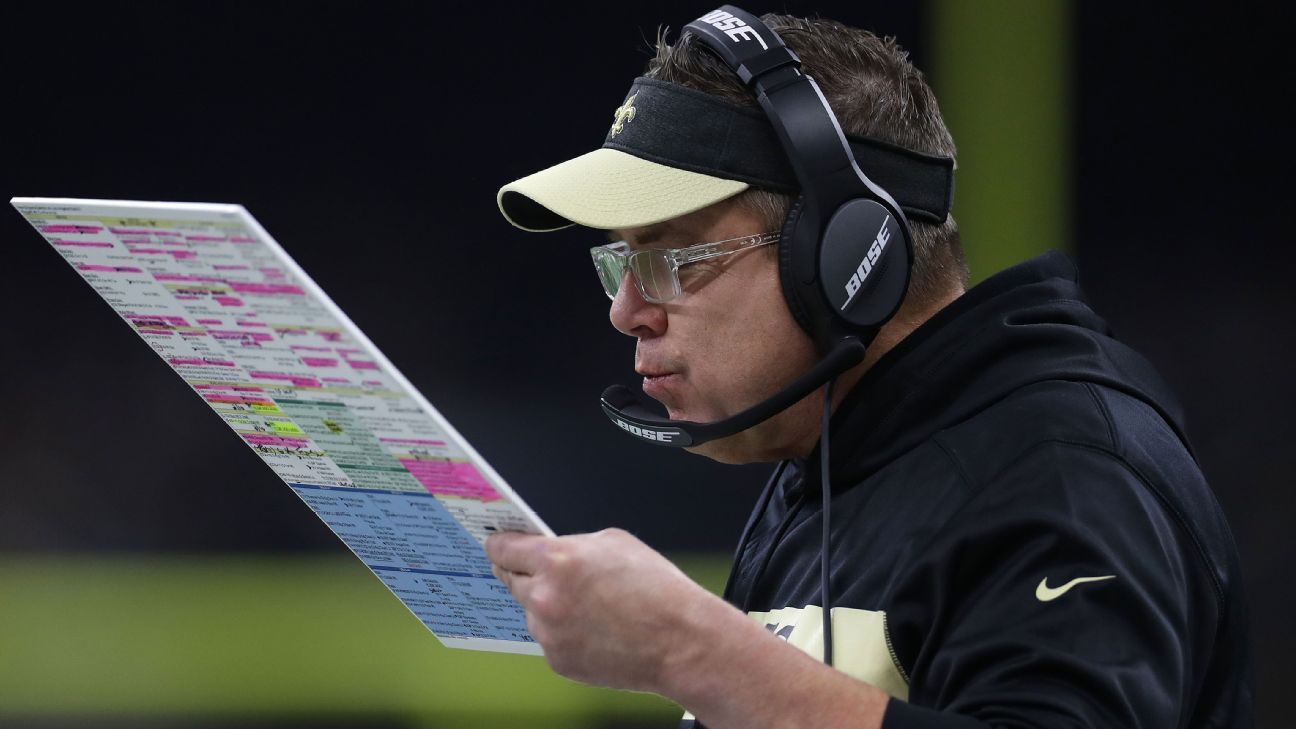 METAIRIE, La. -- Sean Payton offered some isolation entertainment on Sunday night by sharing a handful of his favorite play calls on Twitter.

Not only did the New Orleans Saints coach post drawings from his playbook, but he also explained the meaning of such terms as "Quizno" and "Lucy."

Payton said it started when he saw a request for people to post their favorite all-purpose concepts out of empty formations.

"I quickly drew (one) up on paper and took a picture of one of our plays. Posted it, then just continued," Payton said via text.

Payton, who tested positive for coronavirus two weeks ago, said he was cleared last week. But the isolation continues for all NFL personnel after the league mandated that all facilities be closed down.

In the meantime, Payton has clearly been using social media to stay in touch with the outside world. He joked on WWL Radio last week that, "You watch a lot of Netflix, then you go onto Twitter and see everyone else is watching the same shows."

Payton also answered follow-up questions and responded to replies about his play calls on Twitter on Sunday night -- including one that suggested he was "spilling the offense" to opposing defensive coaches like Todd Bowles, Raheem Morris and Eric Washington.

"They've been seenin this!!" Payton responded.

Payton also added a funny reply to quarterback Drew Brees' post on a different subject when Brees shared a picture of a rattlesnake that he saw while walking his dogs.

Payton and Brees walked ESPN through the origins of their lengthy play calls in 2018. Although both of them have a wide variety of influences, much of Payton's West Coast terminology comes from the time he spent under Jon Gruden during his first NFL job with the Philadelphia Eagles in the late 1990s.

Colorado-Sporting KC postponed due to COVID