Coping with the coronavirus: Tom Bosworth is taking things step by step 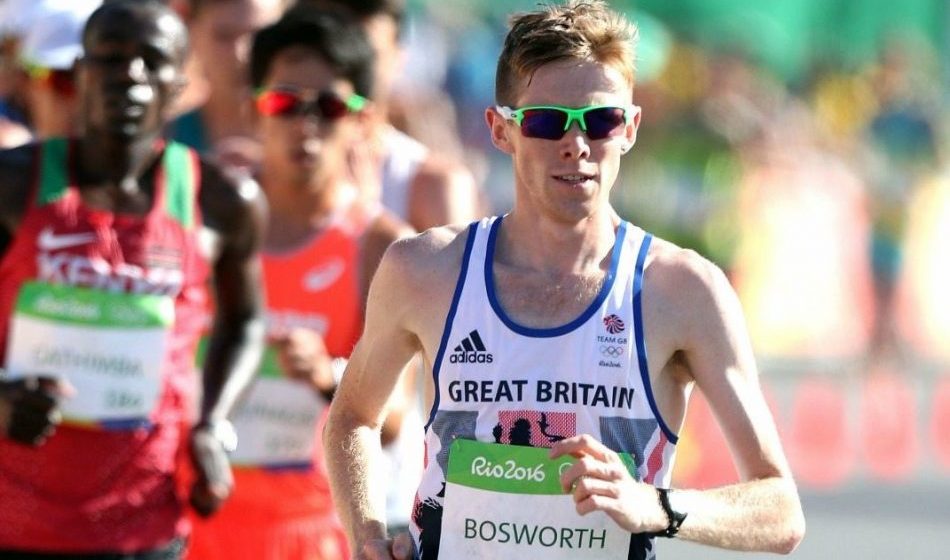 Some of Britain’s top athletes are explaining how they are coping during the coronavirus outbreak, which continues to cause great uncertainty and disruption to training and competition. Here 2016 Olympic 20km race walk sixth-placer Tom Bosworth shares insight into his own situation, as he deals with the fact that he feels in the form of his life but faces the prospect of his main target, the Tokyo Olympics, not taking place as planned.

“Frustratingly, I’m in the form of my life”

“It’s the uncertainty which is a bit of a killer,” says Bosworth, who started his year by breaking two British records, in the indoor 5000m race walk and the road 10km race walk.

“This year, and pretty much since Doha (world championships) finished, I have been committed every single day to getting the most out of myself and, frustratingly, I’m in the form of my life.

“I was meant to be just about to start a European tour of road races leading up to the World Athletics Race Walking Team Championships but obviously that has all been scrapped, as well as a camp in St Moritz which was due to start next month.

“I messaged my sport psychologist saying ‘I don’t really know where I’m at or what I’m meant to be doing right now’ apart from training hard. I spoke with my coach and we have reverted back to as if it is December again.

“Things have taken a hit financially,” he adds. “The only races with prize money are at this time of year and appearances have been cancelled.

“There’s frustration there but I haven’t lost any motivation towards the Olympics. It’s not knowing what your next target is which is horrendous. Athletes work from training camp to competition and that’s across all sports.

“Not having it in your control is very difficult.”

Bosworth admits that if the Games do not go ahead as planned on July 24, he will need to seriously consider his future in the sport.

“Mentally I was giving my absolute all to this year and the Olympics is just so special,” he says. “For that either to not happen or only happen half-heartedly, it does make it very difficult for the sacrifice and the years upon years to be worth it. I know that in my head this is my best opportunity at an Olympic medal, I’m in the shape of my life. So it would be very hard to just be like ‘okay, let’s focus on Eugene World Champs 2021.

“I would have to look at it and say ‘could I do another four years’? Mentally it’s very tough.

“I love what I do and I have re-found that love as well. That’s what’s even more tough to take, is that possibly all of this could have come to a nice head this summer and then I could have had a nice rest from it, take a break which is what I said I was going to do, and then feel refreshed to crack on for Eugene 2021 and so on.”

“Sport and mental health have been massively talked about recently and rightfully so,” says the Commonwealth silver medallist. “This (the Covid-19 outbreak) as well right now is mentally going to be incredibly tough for a lot of people. I am glad I am where I am with it, because I can make more rational decisions and not stress over it and realise there is far more to come on or off the track.

“I think a lot of people need to be aware and look out for people who, if the Olympics is to be postponed or cancelled, there are going to be a lot of athletes who have pinned their life’s hopes on this.

“Turning all this into a positive of checking in on each other, looking out for people in society, washing your hands a bit more! It all should come together to move us forwards and also unite us internationally as well. We’re all in the same boat here.”