Can the Pelicans push their way into the playoffs?

The night was Dec. 17. The New Orleans Pelicans were on the wrong end of a call that sent their game against the Brooklyn Nets into overtime. New Orleans wilted defensively and lost in extra time, giving the Pelicans a franchise-worst 13-game losing streak.

New Orleans, a team with playoff aspirations heading into the season, was 6-22. The Pelicans were one game better than the worst record in the NBA.

The Pelicans didn't have Zion Williamson. Cornerstones Jrue Holiday, Lonzo Ball and Derrick Favors were part of a roster ravaged by injuries.

Head coach Gentry wanted to play aggressive defense early on, believing the Pelicans had the personnel to do so. A 114.5 defensive rating (28th in the league at that point) proved they didn't.

Favors, returning for the Nets game after time off following the death of his mother in November, would be key to the Pelicans' resurgence.

Gentry made a simple change on defense with Favors, deciding to drop him on pick-and-rolls. This allowed the savvy pro to play the passing lanes more and take away angles for the ball handler coming off the screen.

That strategy, combined with the team getting healthier, were catalysts for change.

The Pelicans are 17-10 since that change following Thursday night's 123-118 loss to the Oklahoma City Thunder. That mark equates to a 52-win pace over a full season. Even before Williamson's debut on Jan. 22, the Pelicans had seemingly turned a corner.

Favors said dropping the big man has allowed the Pelicans to stay at home on the weak side, which takes away the corner 3 teams across the league have fallen so madly in love with. It also helps defend against dynamic rollers who just want to run to the hoop.

"[The guards] are trained to look and see that, almost like a quarterback seeing a middle linebacker, and throw it across the court for a corner 3," Favors said Thursday night.

Favors added that being back also allows the guard to go over on a lot of screens, to take away the 3-point threat there as well. But with the dropping, it does open up other options for teams.

"You give up that midrange jumper," Favors said. "Some guys can make it, some guys not. But it's not a layup or a 3. But you have to give up something."

Offensively, New Orleans found a closer in Brandon Ingram, who came over in the Anthony Davis trade. The first-time All-Star began flashing the form many expected when the Los Angeles Lakers took him with the No. 2 overall pick in the 2016 NBA draft.

With Ingram thriving and their starting backcourt getting healthy, the Pelicans began seeing results. David Griffin, executive vice president of basketball operations, started to see the roster he had envisioned during the summer coming together.

After the defensive change, the Pelicans put themselves back into the playoff race by winning 12 of 17 games, starting with their Dec. 18 visit to Minnesota.

But there was still a big piece missing.

Abdel Nader's running hook gets sent into the crowd on an unbelievable block by Zion Williamson.

Since then, the Pelicans have a top-12 defense. Though Favors has played a role in that, Williamson has, too.

Williamson gave the Pelicans a second big who could drop back and play the passing lanes. Though Williamson's individual defense has room for improvement, his presence on the court has boosted the team defense.

"He still has a lot to learn, but he's able to guard multiple positions," Favors said of Williamson's ability on the defensive end. "Able to guard bigger guys on the switch. Able to stay with guards on the perimeter. Able to rebound and protect the basket. He's almost like a Draymond Green type where he can switch 1-5 or 1-4 or whatever. If they do 4 or 5 pick-and-roll, he's able to switch that. He's versatile on the defensive end."

Williamson's effect on the offensive end has been stark. He's averaging 22.1 points and 7.5 rebounds while shooting 57.6% from the field.

On Thursday, the Pelicans posted up a season-high 16 times, with Williamson responsible for 13 of those -- the most any Pelicans player has posted up in a single game this season. In only 10 games, Williamson has posted up 75 times, more than any other player on the team for the entire season.

New Orleans is 5-5 in games Williamson has played, with two of those losses coming with Williamson on a minutes restriction. His availability will be key as the team pushes for the No. 8 spot in the Western Conference playoff chase.

On Thursday, Williamson finished with a career-high 32 points in the Pelicans' loss to Oklahoma City, and continued to put himself in rarified air in terms of basketball history.

"He creates mismatches," Gentry said following Thursday's loss. "He can play against bigger guys, quicker guys, smaller guys. He allows us an opportunity to take advantage of those situations."

The plan now for New Orleans, as it has been all season, is to make the playoffs. When the team was 6-22, Griffin and his staff never had the mentality to deal away veterans such as Holiday, Favors or JJ Redick just to get pieces and tank.

The Pelicans' playoff push has a pulse, as they have six games remaining against teams between them and the No. 8 seed -- three against the Spurs, two against the Grizzlies and one against the Trail Blazers. New Orleans already has a 5-1 record against those teams.

The Pelicans have the league's easiest schedule following the All-Star break, and the Grizzlies, currently sitting in the eighth spot, have the hardest. It's still an uphill climb, though, especially with New Orleans 5½ games behind Memphis.

According to Elias Sports Bureau research, only one team in NBA history has been that far back at the All-Star break and still made the playoffs: the 1994-95 Denver Nuggets. That Nuggets squad still had 36 games to play after the break; the Pelicans have only 27.

Gentry has said that his team can control its destiny -- but the Pelicans aren't looking too far ahead, despite the tough odds they face.

"It doesn't matter if we look at who is beating who," Gentry said. "We just have to take care of the business on our side. We're coming back [after the break] with 27 games. What we have to do is try to look at each and every one of those games and play at a real, real high level.

"I still think we control our own destiny until somebody tells me otherwise. We have to take care of business on our end."

More in this category: « Source: Jets ship Lee to Chiefs after GM shake-up A football coach's grief and hope two years after Parkland » 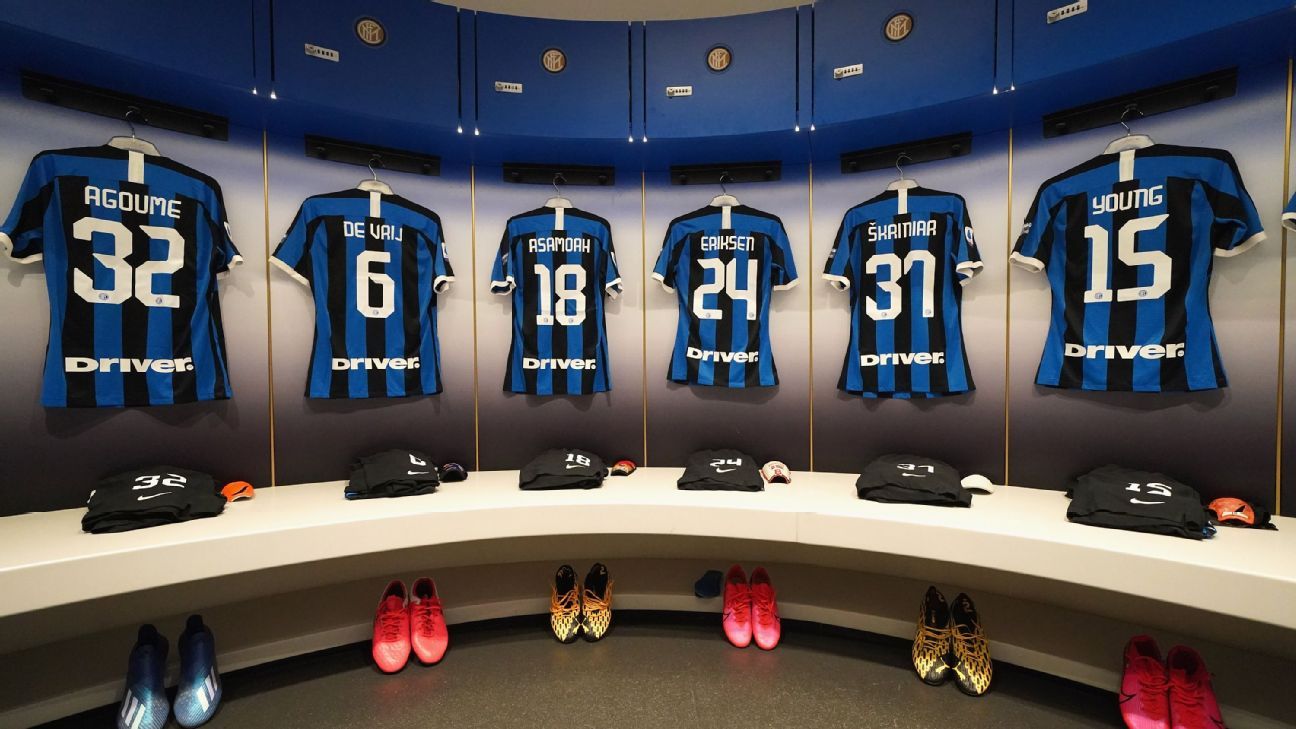 Three Serie A soccer matches scheduled for Sunday in the northern regions of Lombardy and Veneto wer... 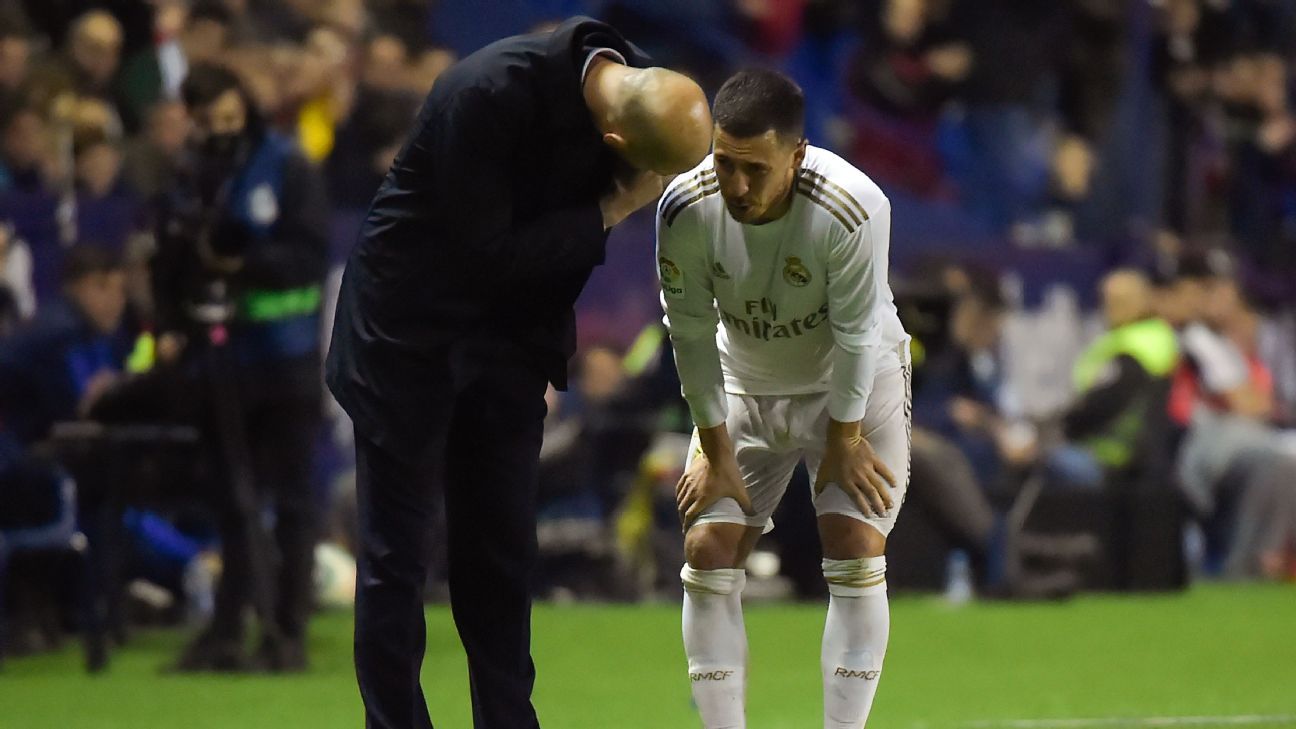 Hazard hobbles off as Real Madrid fall to second

Real Madrid dropped to second place in La Liga with a 1-0 defeat at 10th-placed Levante in a match t... 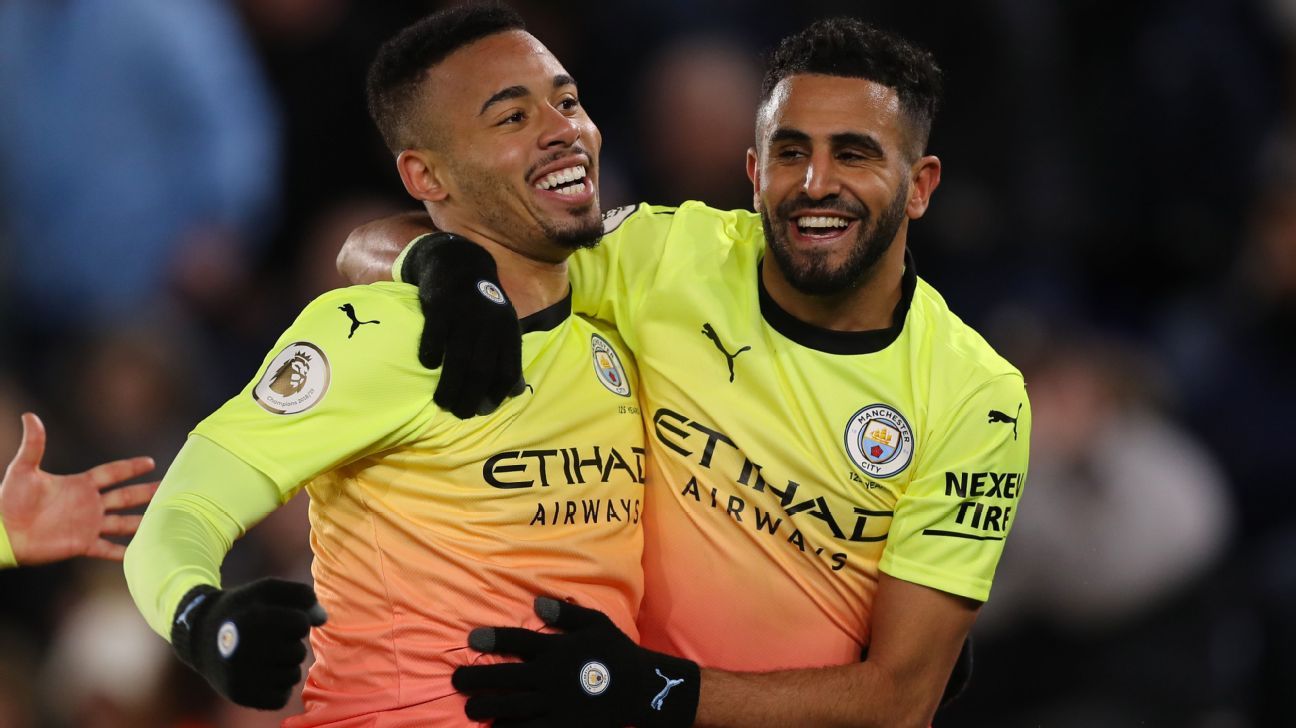 Man City use Leicester as tune-up for European quest

Manchester City will have to maintain a very delicate balance for the rest of the Premier League sea... 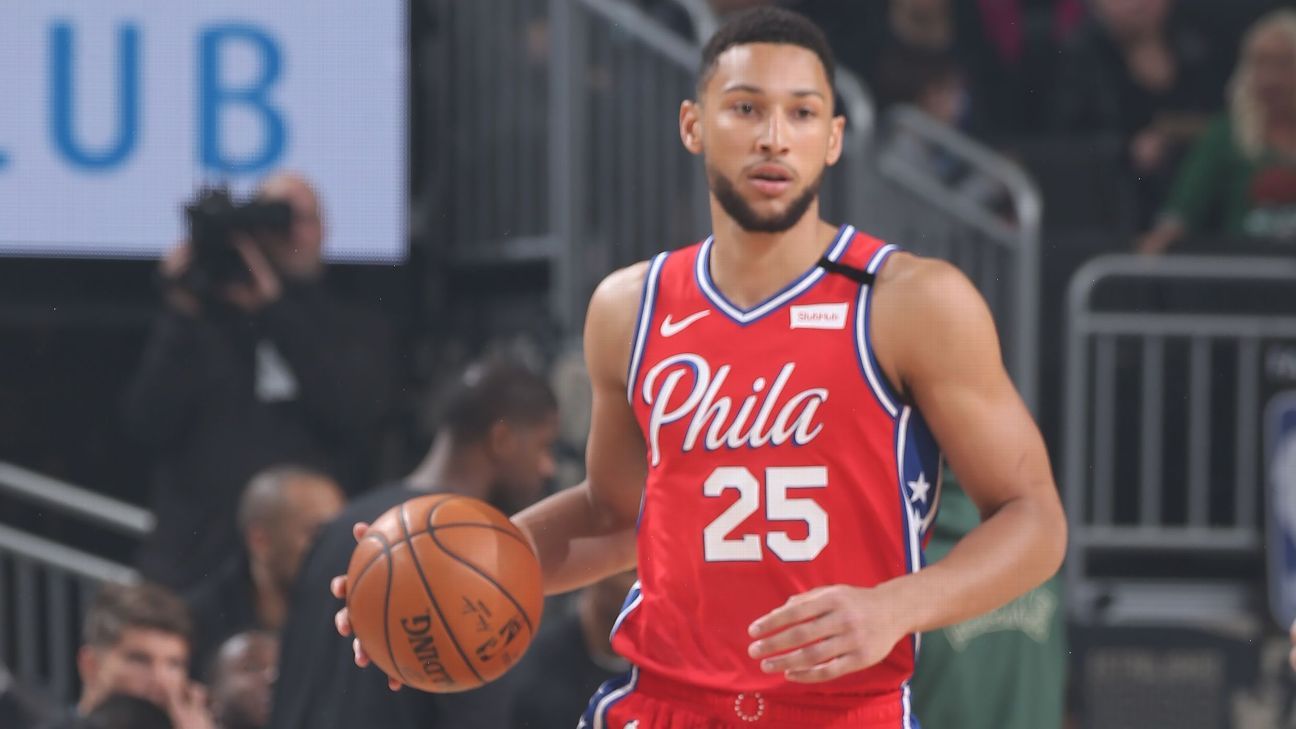 Simmons' night ends early due to lower back

MILWAUKEE -- Ben Simmons was ruled out of the remainder of the Philadelphia 76ers' game against the... 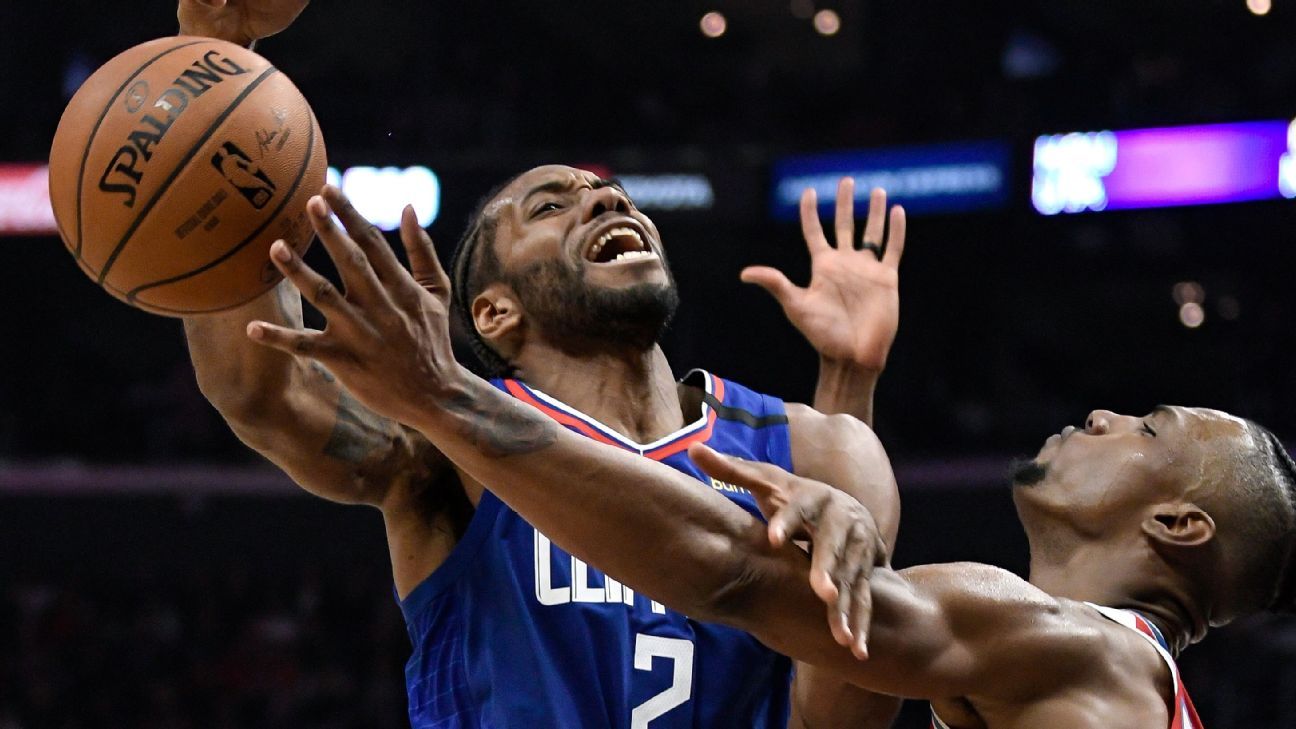 Kawhi on Clips' slide: 'Time is now' to play better 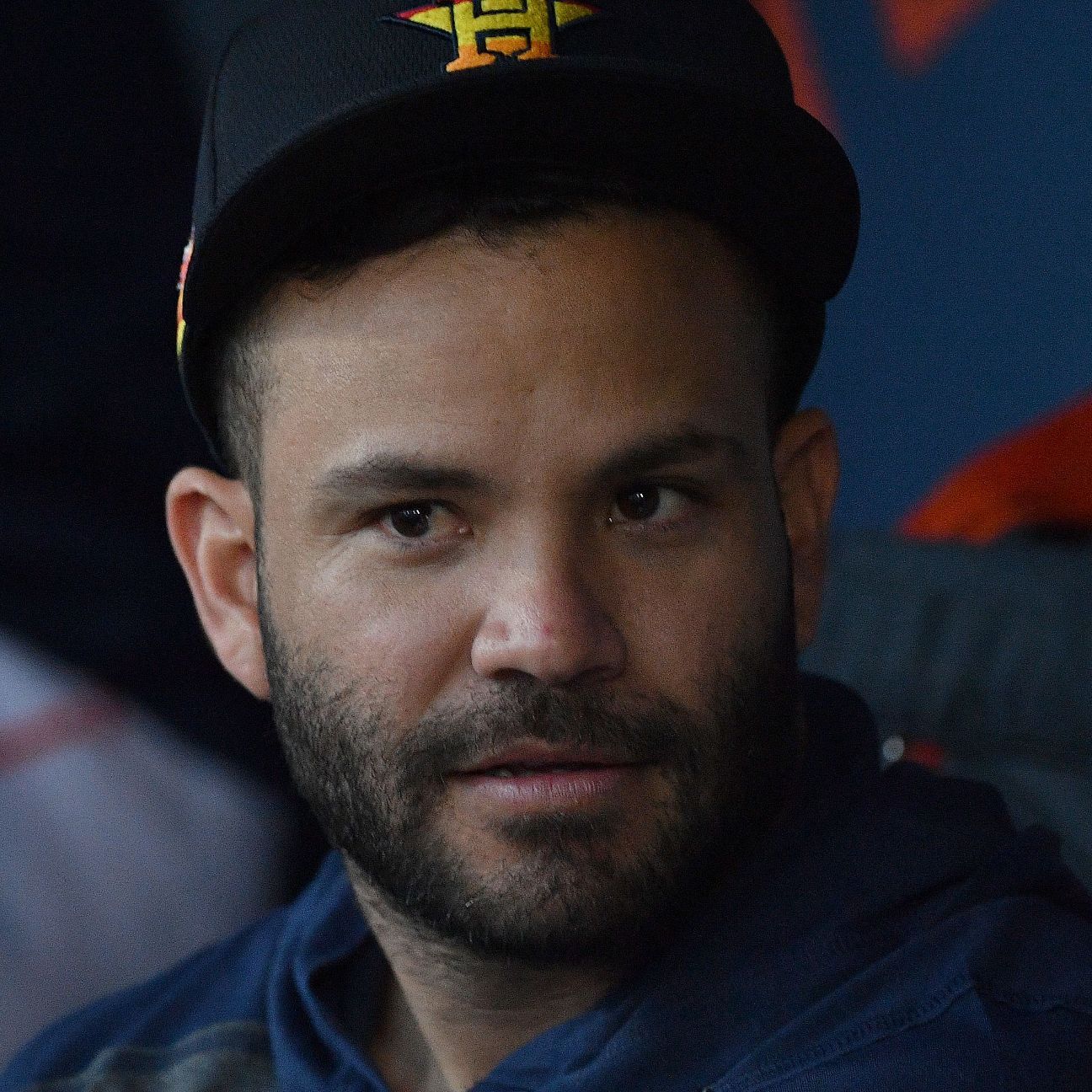 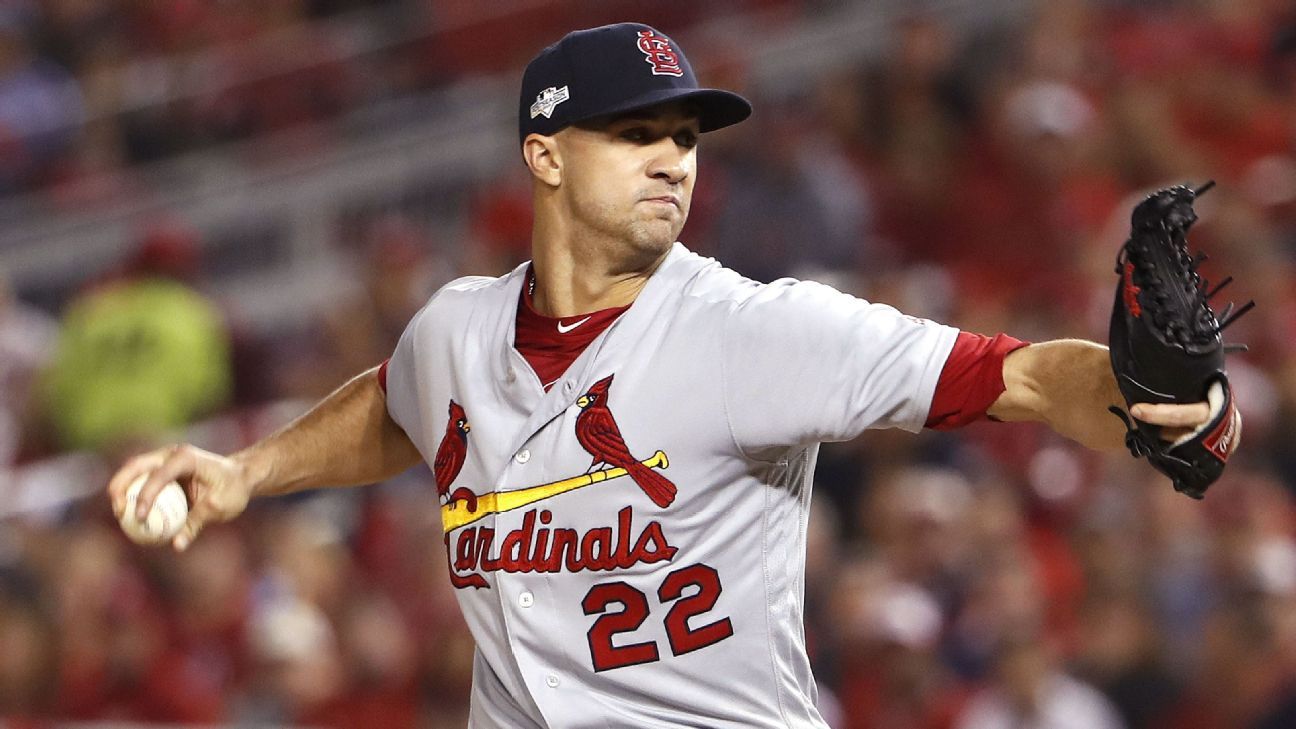 JUPITER, Fla. -- Jack Flaherty is getting the ball on opening day for the St. Louis Cardinals.St. Lo...