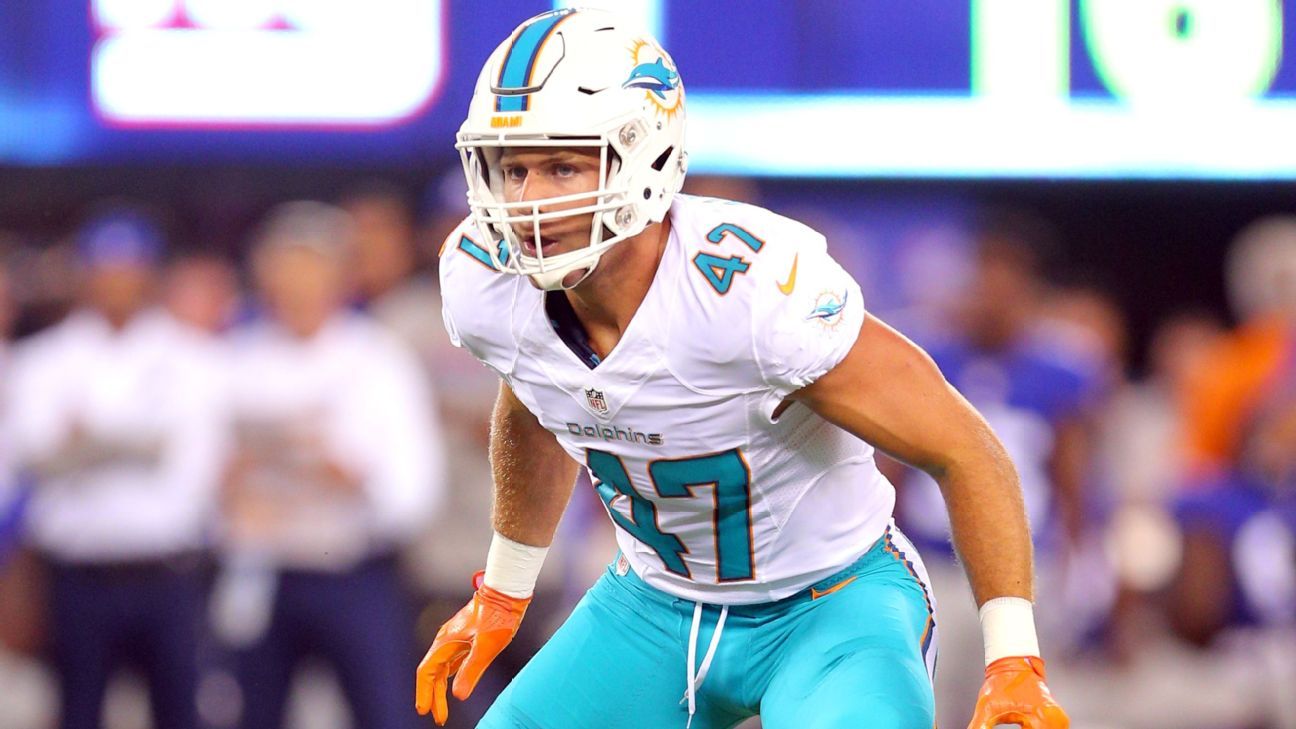 The NFL Network was first to report the trade.

Alonso seemed set to move on, as he lost his role as a full-time linebacker in Dolphins coach Brian Flores' new scheme. Alonso cleaned out his locker Friday after returning for Miami's preseason finale at New Orleans, a source told ESPN, preparing for the end of his three-year Dolphins tenure.

Alonso, who was acquired from the Philadelphia Eagles via trade three years ago, started all 46 games he played in Miami, leading the team in tackles two of three seasons. He had 125 tackles and three interceptions last season.

Alonso, the 2013 Pro Football Writers of America defensive rookie of the year, has now been traded three times in his career (Buffalo to Philadelphia, Philadelphia to Miami, Miami to New Orleans).

For the Dolphins, this is about moving on from a player who was no longer a fit for their defense or their long-term future. They gain salary-cap space in the process.

The Dolphins have 30 players on their roster who are 25 years or under, including 13 rookies. The youth movement is fully underway.

Miami found a hidden gem in linebacker Sam Eguavoen this offseason. Eguavoen, who spent the past three seasons in the CFL, played well enough to earn a starting spot in the Dolphins' defense.

Alonso, 29, missed all of training camp and preseason with an undisclosed injury, only returning to practice in the waning days of August. Dolphins linebacker Jerome Baker also became the center of Miami's defense, taking more of a leadership and communication role.

A handful of other former starters -- safety T.J. McDonald, defensive tackle Akeem Spence and right tackle Jordan Mills -- were released over the past week by the rebuilding Dolphins.

Biegel, 26, has primarily been a special-teams asset with the Saints in 2018 and the Green Bay Packers in 2017. He was drafted in the fourth round out of Wisconsin in 2017, but the Packers released him in his second season.

The 6-foot-3, 246-pounder was being used as both a linebacker and edge rusher this summer in New Orleans, showing his versatility.

More in this category: « Source: Jets ship Lee to Chiefs after GM shake-up Luck takes out full-page ad to thank Colts fans »
back to top